LPA east of Luzon intensifies into a tropical depression 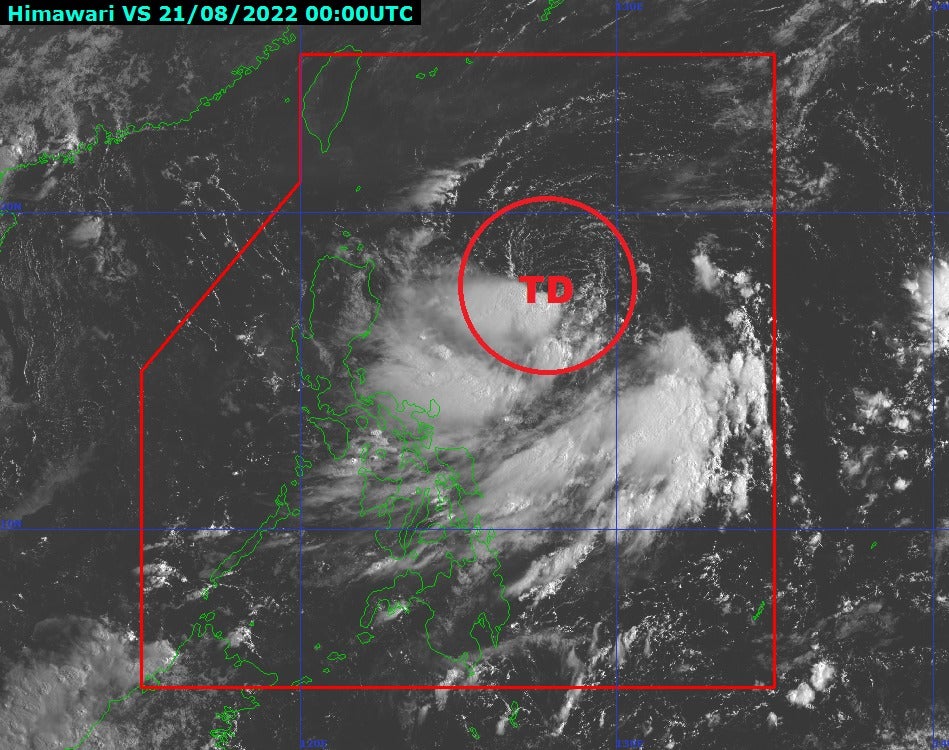 MANILA, Philippines — The low pressure area (LPA) east of Luzon strengthened into a tropical depression on Sunday morning, and will be locally known as “Florita,” according to the Philippine Atmospheric Geophysical and Astronomical Administration (Pagasa).

It packs sustained winds of 45 kph near the center with gustiness of up to 55 kph.

Pagasa also said that “Florita” may further intensify into a tropical storm within the next two days and may make landfall in Luzon.

“The tropical cyclone is forecast to reach tropical storm category in the next 36 hours and may reach peak intensity of 75 kph prior to making landfall on Tuesday morning or afternoon,” said Pagasa.

Pagasa warned that tropical cyclone wind signals may be raised over parts of Northern and Central Luzon Luzon by Sunday afternoon.

Light to moderate and at times heavy rain may prevail over the eastern section of Northern and Central Luzon starting Monday morning, with heavy to intense rain during the evening.

Pagasa also warned of moderate to rough sea conditions over the eastern seaboard of Northern Luzon where wave heights may range between 1.2 to 2.8 meters.

In its earlier advisory, Pagasa said that the then-LPA was last spotted 755 kilometers east of Northern Luzon, and was to bring rain over parts of Luzon, as well as Eastern Visayas.

Expect 2 to 3 more typhoons before the end of July, says Pagasa