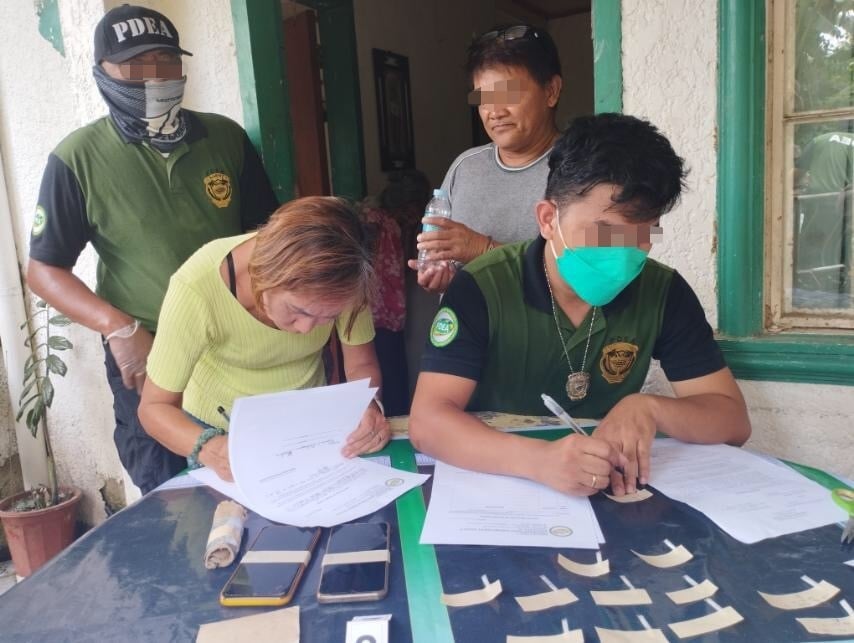 A councilor of Barangay Mainit in Naga City, Cebu, is arrested via virtue of a search warrant past noon on Tuesday, August 23, 2022. | Photo from PDEA-7

CEBU CITY, Philippines — A 50-year-old councilor of Barangay Mainit in Naga City, Cebu, was arrested after authorities found illegal drugs inside his residence via virtue of a search warrant on Tuesday afternoon, August 23, 2022.

The operation was a joint effort of the PDEA-7 and the Naga City Police Station.

According to Alcantara, the arrest of Chiong stemmed from pieces of information that they gathered from the community regarding the suspect’s illegal drug activities. This was later relayed to the Barangay Anti-Drug Abuse Council (BADAC) for proper action.

Alcantara said that Chiong allegedly holds pot sessions with minors inside his house.

In an interview with the media, Chiong said that he had no idea why the authorities searched his house for the presence of illegal drugs. However, Chiong admitted that he was using illegal drugs, but he was not a seller.

Chiong said that he and his two siblings previously underwent rehabilitation for illegal drugs. Accordingly, his latest use was on Monday, August 22, 2022.

He also claimed that the nephew of the barangay’s village chief will visit him from time to time and allegedly bring ‘shabu’.

He also claimed that something happened between him and a minor who stayed in his house.

With this, aside from the possession of illegal drugs, the kagawad will also be charged for sexual abuse by the police for allegedly molesting a minor who was staying with him.