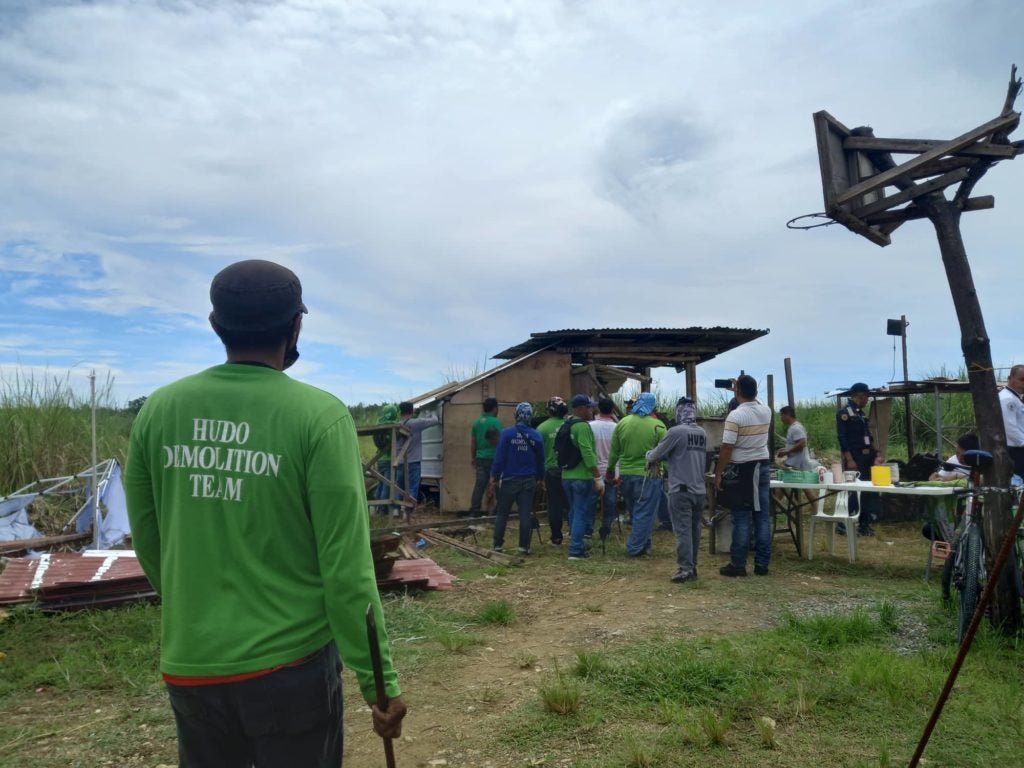 MANDAUE CITY, Philippines — Mandaue City reclaimed about 17 hectares of land in Barangay Paknaan on Thursday, August 25, which is alleged to be illegally claimed.

Personnel from the City Assessor’s Office, and Housing Urban and Development Office, among others, visited the area and put a notice that it is city-owned.

Lawyer Julius Caesar Entise, the acting city assessor, said the lot is owned by the city government pursuant to Republic Act 5519 or the Charter of Mandaue City.

Entise said the foreshore lease agreement between the government and Pastora Senerpida had already expired in 2002. It was used as a fishpond before.

However, in a phone interview with reporters, Maria Priscilla, the heiress of Pastora claimed that the classification of the lot has been changed sometime in 1980. It is not classified as foreshore land anymore.

Priscilla said that the demolition that was conducted by the city government was unfair to her because they allegedly did not follow the guidelines.

“There are requirements for the demolition and there should be a pre-demolition conference, it never happened, there is no court order, naa man na sa DILG memorandum circular no. 2014-82,” she added.

However, Entise stressed that the city government has the right to conduct the demolition of structures that do not have a permit even without a court order.

Priscilla said she has already filed cases of grave abuse of authority and trespassing against some city government officials before the Office of the Ombudsman.

The city government planned to use the lot to build temporary shelters or relocation sites.

Entise said since 2015 when the area was reclaimed by another claimant, the waters cannot pass through the sea which could pose danger to residents.    /rcg