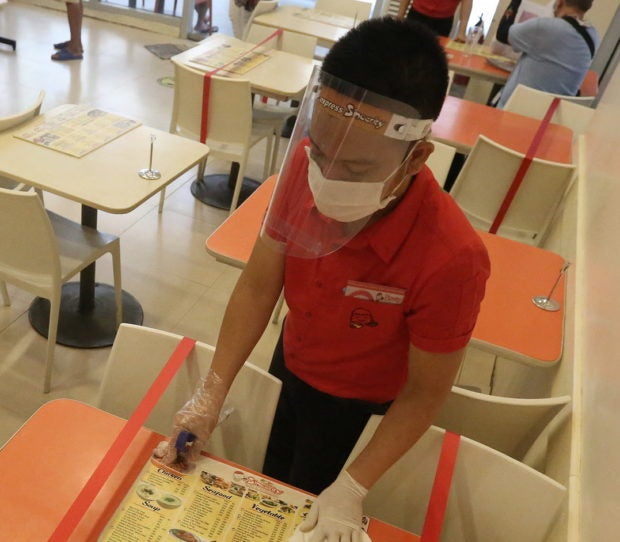 In filing Senate Bill No. 738 or the Menu Labeling Act, Senate Majority Leader Joel Villanueva said that the country has the responsibility of ensuring public health. —MARIANNE BERMUDEZ

MANILA, Philippines — A bill requiring the display of nutritional information on menus of food establishments has been filed at the Senate.

In filing Senate Bill No. 738 or the Menu Labeling Act, Senate Majority Leader Joel Villanueva said that the country has the responsibility of ensuring public health.

“[T]here is a need to create policies that would encourage people to have a healthier lifestyle and a mechanism to inform them of the calorie content and nutritional information of the food they take,” he said on the bill’s explanatory note.

“At the national level, it is our responsibility to address the causes that contribute to obesity, and ensure the health and wellness of our citizens,” the senator added.

Citing data from the United Nations Children’s Fund, Villanueva said that obesity affects 800 million people across the globe “and has emerged as a major risk factor for severe disease during the COVID-19 pandemic.”

He likewise noted that “cardiovascular diseases have been one of the leading causes of mortality among Filipinos” in the past decade.

“To address the problems of obesity and improper nutrition among Filipinos and to encourage them to have a healthier lifestyle, this bill requires the disclosure of calorie content in menus of food service establishments and prominently display this information so that customers will be able to make a more informed decision towards a proper and healthier lifestyle,” said Villanueva.

The Department of Health and the Department of Trade and Industry will be tasked to actively hold information dissemination campaigns to help covered establishments in complying with the Nutritional Disclosure Compliance Certificate.