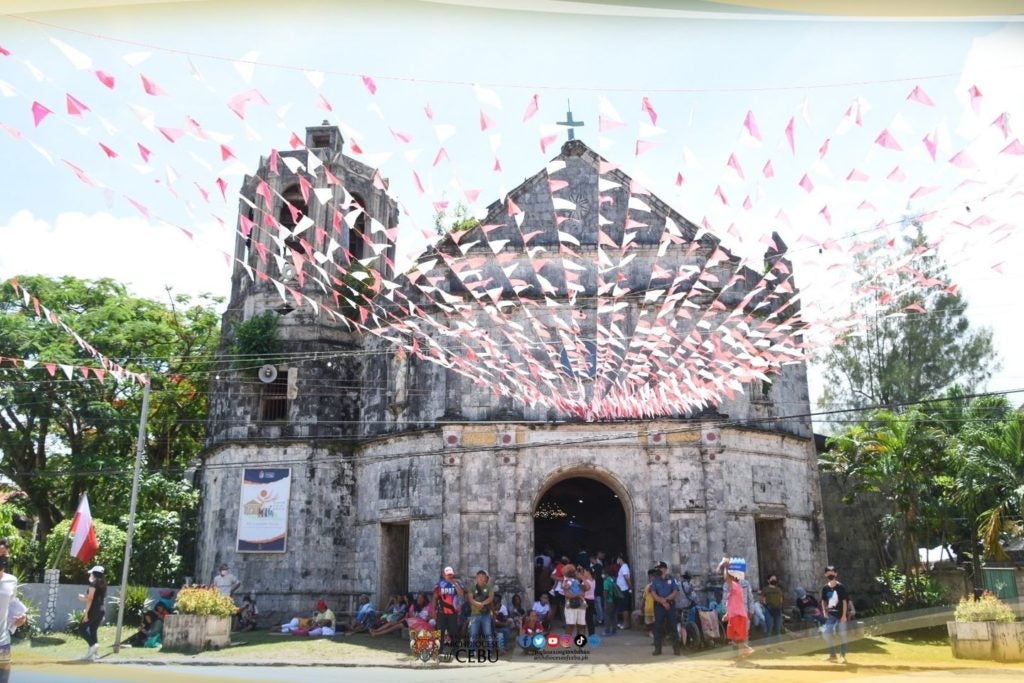 The Archdiocesan Shrine of Santa Rosa de Lima in Daanbantayan, Cebu. | Photo from the Archdiocese of Cebu

CEBU CITY, Philippines – The 164th fiesta celebration of Daanbantayan town in northern Cebu last Tuesday, August 30, was one for the books.

The locality officially become the home of the country’s first archdiocesan shrine dedicated to St. Rose of Lima.

Cebu Archbishop Jose Palma on Tuesday led the Solemn Declaration of the Santa Rosa de Lima church in Daanbantayan that effectively elevated it from being a parish to an archdiocesan shrine.

The decree elevating and renaming the centuries-old church as the Archdiocesan Shrine of Santa Rosa de Lima was read by Msgr. Beltran.

In his Homily, Palma thanked the people who helped the church attain such status.

The prelate also expressed gratitude to those who supported the Roman Catholic church in restoring and improving heritage churches in Cebu.

The Archdiocesan Shrine of Santa Rosa de Lima in Daanbantayan was erected in 1886. It is one of many heritage churches found in Cebu province, and the 24th archdiocesan shrine in the island province.

Daanbantayan is a first-class municipality situated at the northernmost tip of Cebu.

St. Rose of Lima, whose birthname is Isabel Flores de Oliva, is the first canonized saint from the Western Hemisphere, according to Britannica.

Pope Clement X canonized her as a saint in 1668.