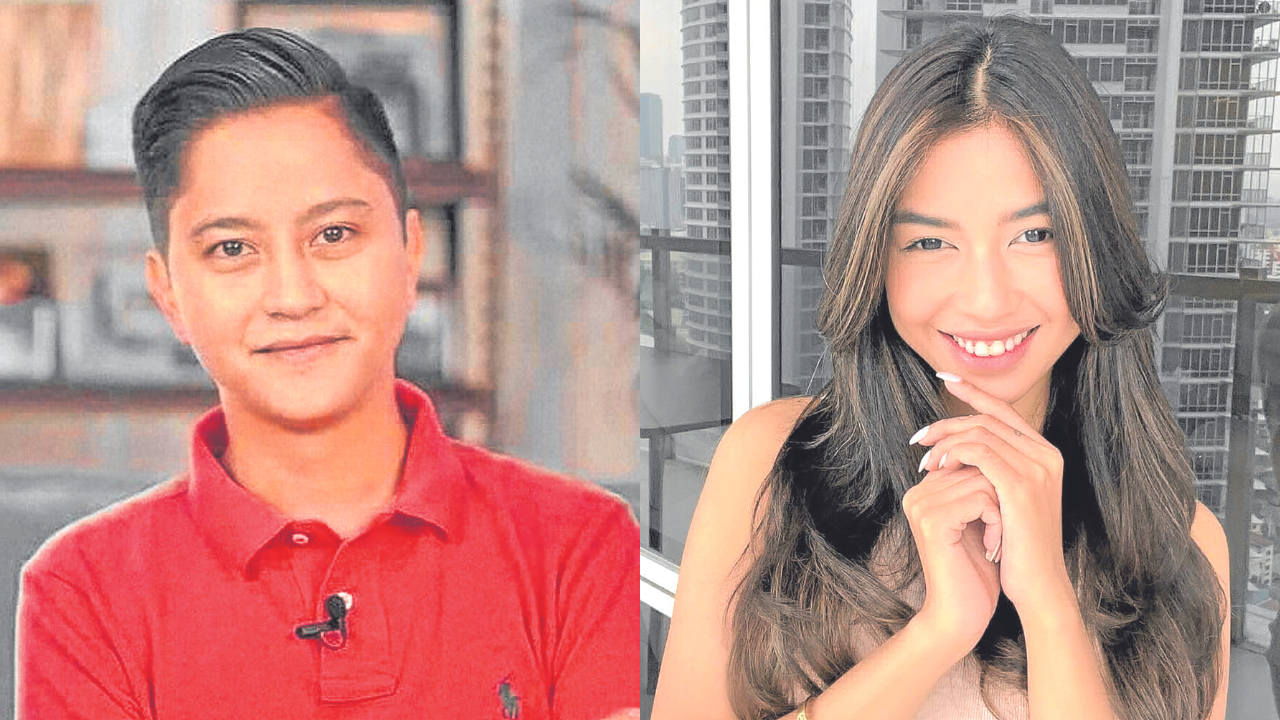 I really don’t care about the name or the status,” declared actress Alexa Miro, who is rumored to be dating presidential son Sandro Marcos, when asked about the real status between her and the Ilocos Norte representative.

“Right now, I’m in a really good position with Sandro. We support each other—we’re friends. I really hope that this will last,” Alexa told Inquirer Entertainment during a media gathering on Tuesday night.

Alexa met both President Marcos and First Lady Liza Araneta-Marcos for the first time in a private event shortly before the results of the recent national elections in May was announced. “Sandro invited several of his friends. He made us enter their family’s tent and introduced us to his parents,” recalled Alexa.

“I will not lie to you, I still feel overwhelmed up to now to be in their presence because they’re an esteemed family,” said Alexa, who was also invited to the First Lady’s birthday celebration recently.

The two were introduced to each other by a “mutual friend” some four years ago. “The introduction didn’t really mean much to me personally at that time. His being a Marcos didn’t mean I give more attention or spend more time with him,” said the host of TV5’s variety show “Tropang LOL.”

“I really don’t remember much about the meeting four years ago, except that it was during a big party. Of course, everybody knows the Marcos family but what I noticed early on was that Sandro is a people person. We became friends then but never really talked much. I still had a boyfriend at that time, and whenever I’m in a relationship I really don’t mingle much with my guy friends,” Alexa recalled.

It was only in 2021, when she became single and began reconnecting with friends, that Alexa and Sandro got to hang out more frequently. “Our status hasn’t changed since. We’re really good friends,” she insisted, but added that Sandro is definitely “a boyfriend material.”

“Whoever Cong. Sands chooses to be his girlfriend is very lucky,” she declared. “He is very malambing to his friends. He has a lot of female friends and he is sweet and thoughtful to all of them.”

Alexa said Sandro has eventually become a trusted friend, close enough to share her fears and frustrations with. “He’s a very strong-willed person. He’s also very straight and sharp while working. He knows what he needs to do and is certain with what he wants. We’re opposites in that aspect. I’m very soft-hearted. I learned a lot whenever I share problems with him. He reminds me to be brave and strong.”

“He told me to blur out everyone else’s noise,” pointed out Alexa, referring to the negative comments she has been receiving since she got romantically linked with Sandro. “He encouraged me to be more focused on myself, my career, and what I can do for other people.”

Alexa will be honored with the Rising Actress of the Year trophy at the 1st Asia’s Pinnacle Awards ceremony that will be held on Oct. 8 at the Grand Ballroom of Okada Manila.