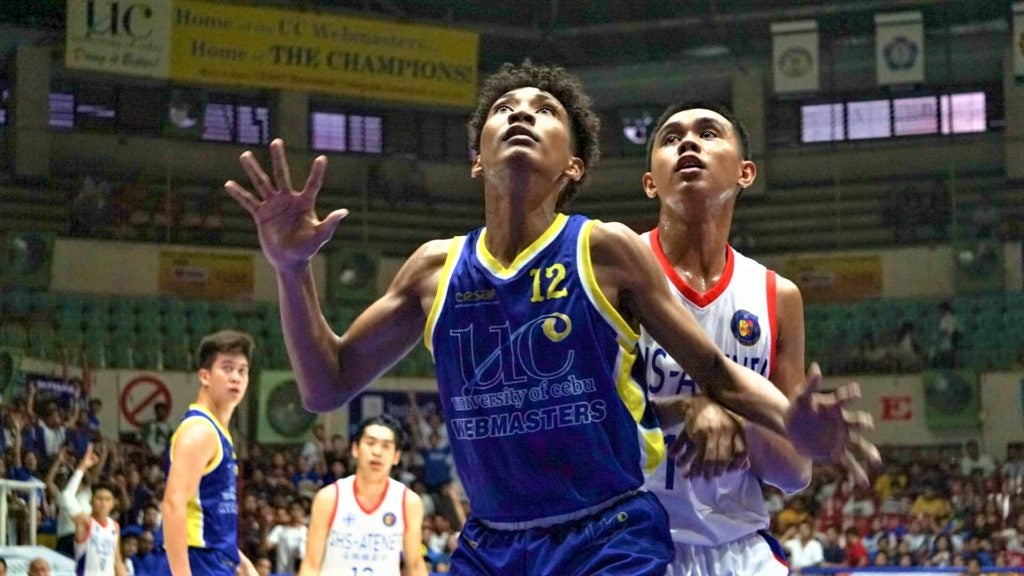 Scenes from a Cesafi high school basketball finals between UC and Ateneo de Cebu at the Cebu Coliseum in 2019. | CDN File Photo

The five Cesafi teams will be headed by the multi-titled teams of the University of the Visayas (UV) Baby Green Lancers and the Sacred Heart School-Ateneo de Cebu (SHS-AdC) Magis Eagles.

Aside from playing top-notch basketball against Cesafi member schools, the CBSAA is also eyeing for merits that will gain them a nod to become a provisionary member of CESAFI.

The pre-season tournament will be sanctioned and supervised by Cesafi officials.

“We are glad to have schools like UV, Ateneo de Cebu, UC, USJ-R, USC to take part of this competition which is officially sanctioned by the CESAFI itself,” said former Bogo City mayor Celestino “Junie” Martinez Jr and the city’s principal sports patron.

“However, we are not closing the doors yet. Those (CESAFI member) schools who want to play in the tournament is still welcome. All they need to do is to attend the organizational and rules meeting set on September 6 at Casino Español if they are interested to join.”

Cesafi is yet to announce the final date of its return after more than two years of taking a break due to the on-set of the Covid-19 pandemic.

“The City of Bogo itself is excited hosting this tournament. Since this is the first time that we will host this kind (pre-season) of tournament since the collegiate pre-season tournament back in 2015. This will also give motivation to our young basketball hopefuls to work hard and become a varsity player themselves,” Martinez concluded.