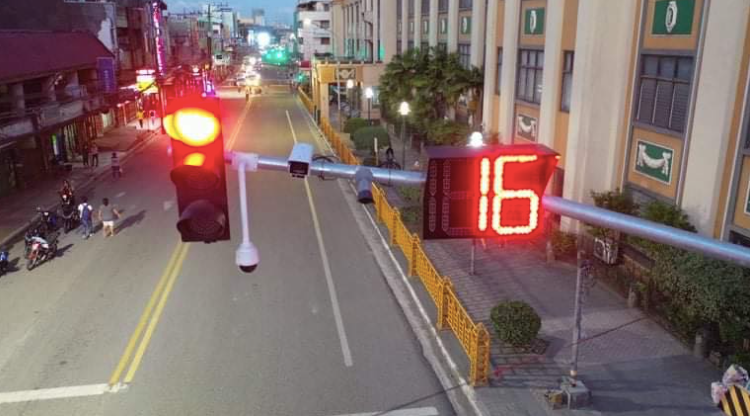 CEBU CITY, Philippines — When in uptown Cebu City, try not to violate any of the city’s traffic ordinances. Your violations will undoubtedly be recorded on video, as closed-circuit television (CCTV) are now installed in the area as part of the city government’s Intelligent Traffic Light System.

Paul Gotiong, executive director of the Cebu City Transportation Office (CCTO), said they are just waiting for the Department of Engineering and Public Works (DEPW) to inspect the completed work on phase one of the city’s new traffic system before this will be formally turned over to the city.

He said the private contractor has already given them the summary of completed works for phase one of the Intelligent Traffic Light System project, which covers 18 major intersections here.  This includes the whole of Mango Avenue, S. Osmeña Boulevard, and Colon Street, among others.

“Turnover meant that the contractor will fully give the city or CCTO, for that matter, [the responsibility] to already man and control the traffic light system,” Gotiong told CDN Digital.

Phase One of the project was allocated a budget of P250 million.

The project was launched in March 2021 under the administration of the late mayor Edgardo Labella.

Gotiong said the project could have been finished earlier.  However, Super Typhoon Odette that hit Cebu and other parts of the Visayas in December 2021 caused damages on equipment which consequently resulted to delays in the project’s completion.

“Nakig-coordinate ko with the contractor to adjust the timing (of traffic systems) to address congestion of vehicles. Ang almost perfect na (in terms of timing) kanang diha sa Gen. Maxilom area,” he said.

After phase one is turned over to CCTO, they can then deploy personnel to man the traffic light system and proceed with the project’s phase two, which covers 27 other intersections in the City.  This has a budget of P250 million.

Gotiong is confident that the upgrades on the city’s traffic system would aid in lowering traffic congestion caused by the already old and delapidated traffic lights.  Having this is also expected to prevent accidents caused by “faulty” pedestrian signs.

Moreover, with the installation of an artificial intelligence system, the city could now analyze the traffic behavior in most streets and create the most effective plan to address traffic-related issues.

CCTO prepares for influx of vehicles during the Ber Months