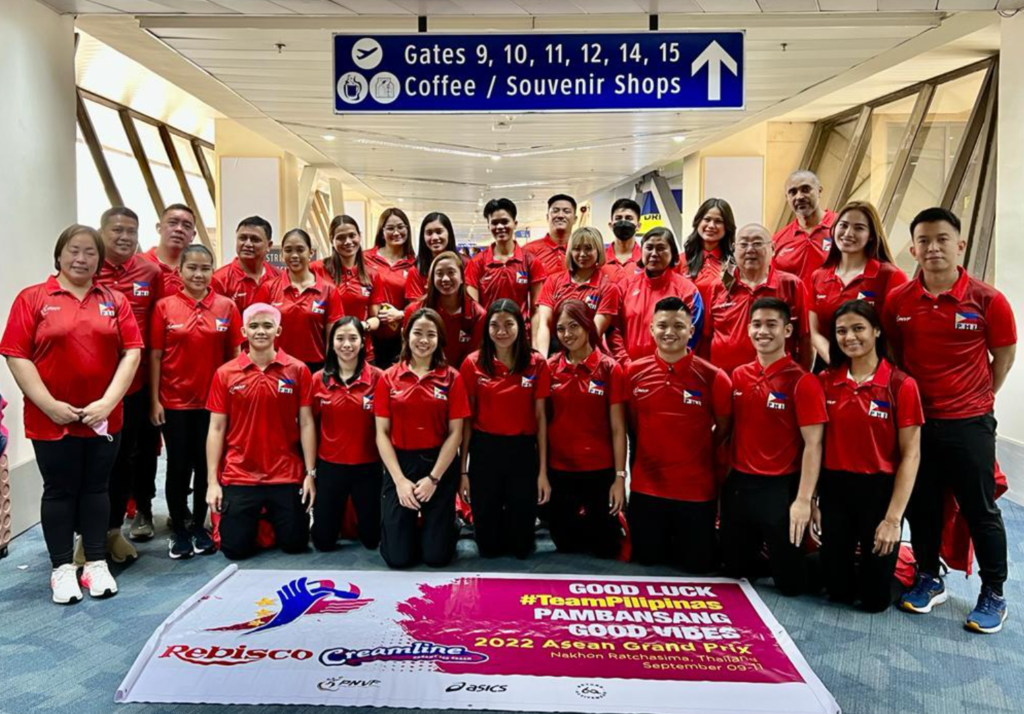 The Creamline Pilipinas women’s volleyball team will play against Thailand tomorrow, Friday, September 9, in Thailand for the Second ASEAN Grand Prix in Nakhon Ratchasima in Thailand. | Photo from the PNVF

BOHOL, Philippines — The women’s indoor and beach volleyball squads of the Philippine Team arrived in Thailand on Wednesday to campaign in separate competitions.

The indoor volleyball team, the Creamline Pilipinas, will compete in the Second ASEAN Grand Prix in Nakhon Ratchasima in Thailand tomorrow, Friday, September 9, 2022 until the weekend.

They are the same team that etched a historic feat by placing sixth in the recently concluded Asian Volleyball Confederation (AVC) Cup for Women at the PhilSports Arena in Manila.

On the other hand, the pairs of Cebuana beach volleyball sensation Cherry Ann Rondina and Bernadeth Pons, who bagged a silver medal in the 31st SEA Games in Vietnam, will compete in two separate tilts. They are joined by the tandem of Gen Eslapor and Dij Rodriguez in competing in the AVC Asian Beach Tour Roi-et from September 10 to 12 and the AVC Senior Women’s Beach Volleyball Championships from September 14 to 17. 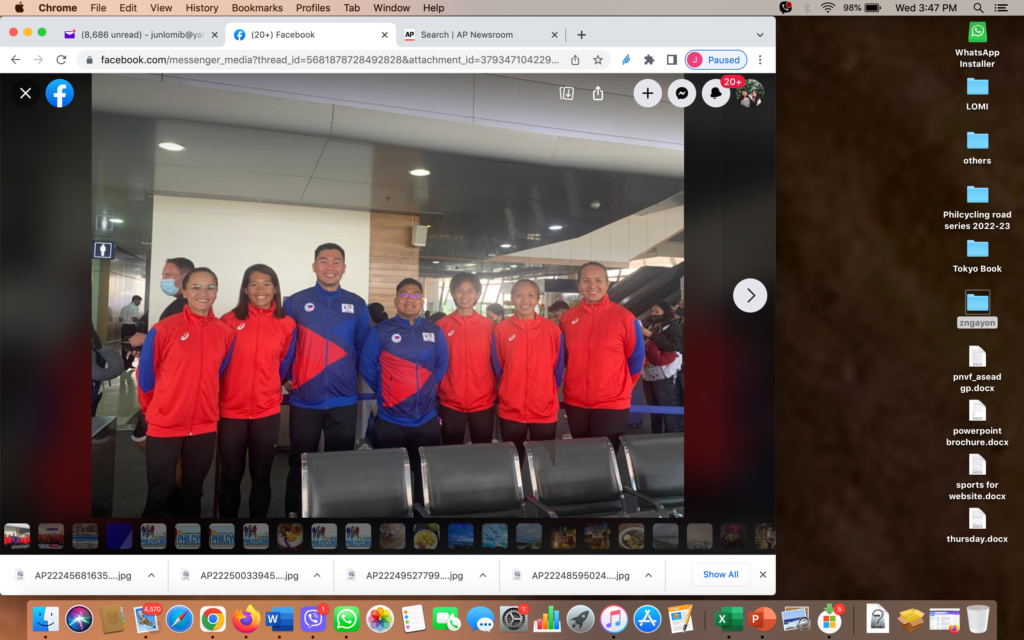 The Philippine women’s beach volleyball team led by the duo — Cebuana Cherry Ann Rondina and Bernadeth Pons — will play in two tournaments in Thailand, which area the AVC Asian Beach Tour Roi-et from September 10 to 12 and the AVC Senior Women’s Beach Volleyball Championships from September 14 to 17.| Photo from the PNVF

“It’s again a busy schedule for our national teams as they compete in these two tournaments in Thailand,” said Philippine National Volleyball Federation (PNVF) President Ramon “Tats” Suzara from Poland where he is tasked as a technical delegate for FIVB world championships.

Creamline Pilipinas will face familiar foes in Thailand and Vietnam in the tournament this weekend. They faced both squads in the AVC Cup, while they are going up against Indonesia as well.

They will face Thailand at 7:00 PM on Friday and Vietnam on Saturday at 4:00 PM. Their match against Indonesia is on Sunday at 4:00 PM.

The last time the Philippines competed in the ASEAN Grand Prix was in 2019 during its inaugural year where it finished with a bronze medal.

One of the players who played in the 2019 team Jia De Guzman will lead the squad in the campaign. The rest of the team is comprised of Tots Carlos, Ced Domingo, Jeanette Panaga, Michele Gumabao, Ella de Jesus, Risa Sato, Pau Soriano, Kyla Atienza, Fille Cayetano, Kyle Negrito, Rosemarie Vargas and Rizza Mandapat.

On the other hand, the beach volleyball pairs of Rondina and Pons, and Rodriguez and Eslapor are part of the 22 competing teams in the Roi-Et Open.

In the AVC Senior Women’s Beach Volleyball Championship, they will compete against the same nations.

Their head coach will be Paul Jan Doloiras with Romnick Rico as the assistant coach.