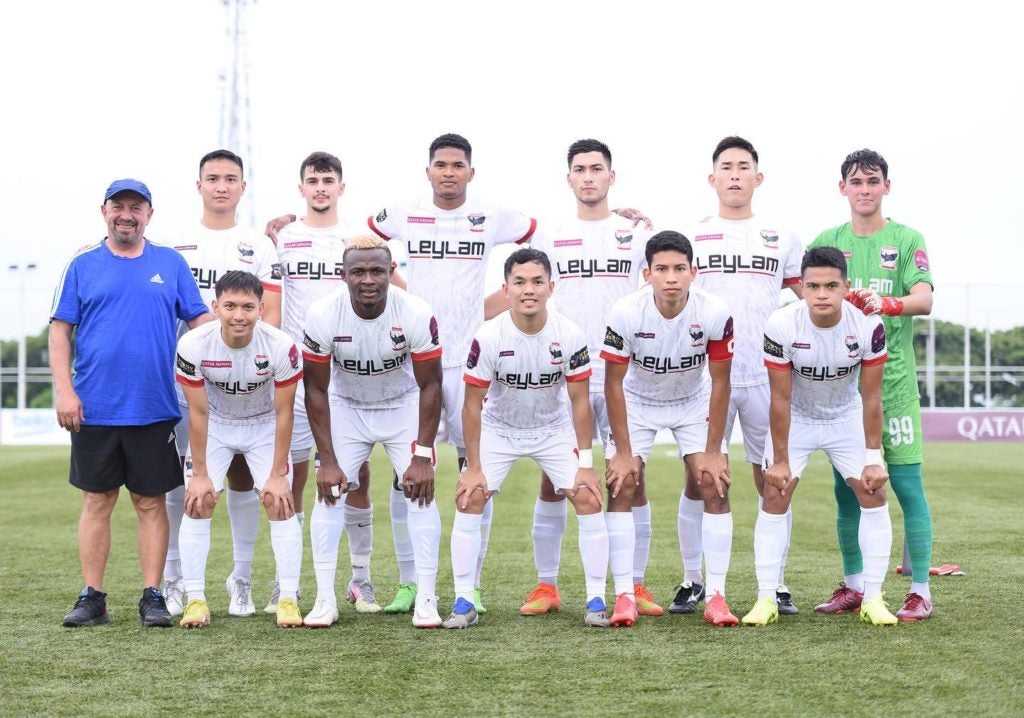 The Cebu Football Club Gentle Giants pose for a group photo before their match against Maharlika Manila FC. | Photo from CFC Facebook page

With the win, the Gentle Giants climbed to the No. 3 spot in the team standings as they now have eight points off two victories, two draws, and one defeat.

CFC dislodged erstwhile No. 3, Stallions Laguna FC, which has six points. Ahead of CFC are United City FC with 10 points, and Kaya FC Iloilo at the top with 15 points.

Chima Uzoka led the Gentle Giants with  two goals scored in the 27th and 57th minute of the game.

In total Uzoka, the former National University standout now has four goals in the tournament. And he has no plans of easing off the gas pedal.

“My goal is to keep winning matches for Cebu and reach top 1 in the league this season,” said Uzoka.

Turkish forwards Arda Çinkir and Mert Altinöz each scored a goal in the 31st and 64th minute, while Kore Marius Kore added a goal in 88th for CFC.

But the goal woke up the Gentle Giants, who scored five goals and clamped down on defense to deny their opponents more goals.

CFC will next face No. 6 team Mendiola FC 1991 on September 16 with the venue yet to be determined.

Read Next
Rama to do another round of ‘investment-begging’, to ask help from PBBM