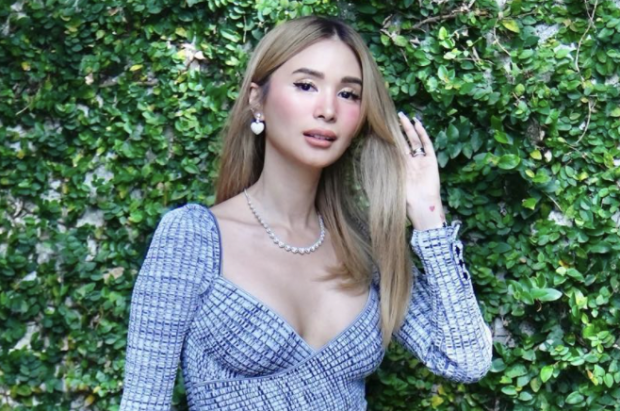 Fans may be getting more curious over the breakup speculations hounding Heart Evangelista and Sen. Francis “Chiz” Escudero’s relationship, following rumors linking the actress to an unnamed Italian guy.

Macalma was alluding to Evangelista’s supposed relationship with an Italian guy, with the broadcaster citing his source as a “Marites.” “Marites,” apparently a shortened version of the expression “Mare, ano ang latest?” (Friend, what’s the latest?), is a slang term used for people who consistently gossip about others.

(Our Marites will have a report later [and] Sen. Chiz Escudero would not like it. I am not sure whether [the guy] is Heart’s apple of the eye, or Heart is the foreigner’s apple of the [eye].)

At the latter part of the segment, Sister L brought up the subject again, stating that netizens are waiting for what Macalma has to say on the topic.

(There are a lot of people who already know — they are all Marites — [about] the Italian guy, but he is handsome, right? Sen. Chiz does not like that.)

Speculations that Evangelista and Escudero’s relationship is on the rocks arose after fans noticed the actress change her Instagram profile name by removing the surname Escudero. Evangelista then admitted she has been dealing with “personal struggles,” although she did not state anything specifically.

The couple are yet to address the rumors, as of writing.

Heart Evangelista talks about becoming her own boss