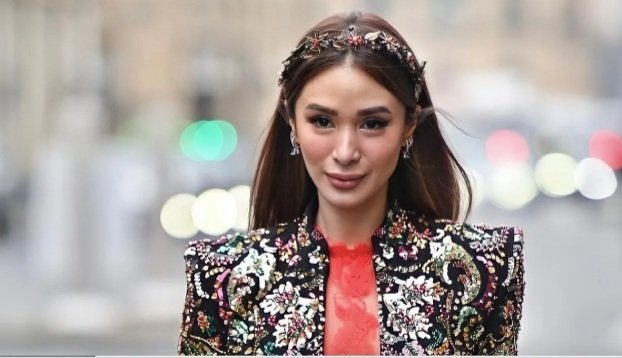 Heart Evangelista: At the end of the day, I’m still very grateful and as long as there’s life, there’s hope

Heart Evangelista gave fans an update on how life has been for her and disclosed that she has been dealing with “personal struggles” recently.

While the actress did not state anything specifically, Evangelista opened up on how she has been trying to look on the bright side of things, as seen in a vlog on her YouTube channel last Friday, Sept. 2.

“I’ve always been such a happy person and I’ve always been somebody who just goes against the tides and just let the waves crash on me. I’m not going to lie — I’ve been going through a lot of personal stuff in my mind,” she admitted. “But you know, at the end of the day, I’m still very grateful and as long as there’s life, there’s hope.”

“I’m not going to deny, I’ve been going through some personal struggles like I feel a lot of pressure in my life, and basically now, I’m really in a search [of] just being happy,” she added.

Evangelista then spoke about her realizations of how material stuff may “help a bit” in making one feel good, but it does not bring the “best moments in life.” She also talked about how empowered women inspired her to make certain changes on her social media content and share more of the “unfiltered version” of her life.

“It’s about the simplest things in life that are very important and that really makes a person happy — that’s where I’m at now,” she said.

“I feel like at the end of the day, it’s really your inner strength and you being independent about what you want to do in life and not rely on anyone that matters,” she stated.

Meanwhile, speculations that Evangelista and husband Sen. Francis “Chiz” Escudero’s relationship is on the rocks arose after fans noticed she changed her name on Instagram and removed the surname Escudero. The two of them have yet to comment on the rumors, as of writing.   /JB