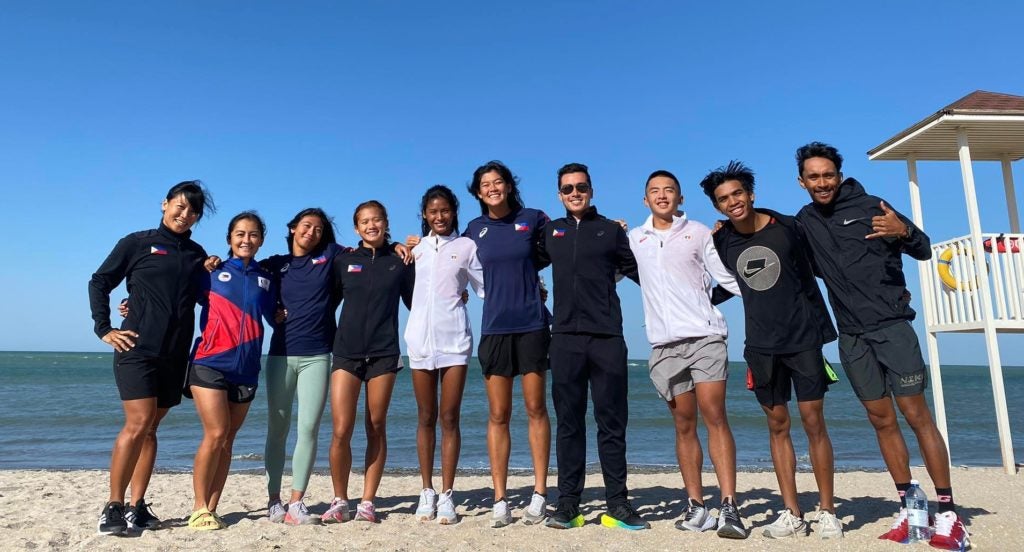 The Cebuanos are part of the eight-man Philippine triathlon team sent by the Triathlon Association of the Philippines (TRAP) headed by 31st Southeast Asian Games (SEAG) gold medalists in Fernando Casares and Kim Mangrobang.

The last time Alcoseba, Remolino, Quiambao, and Ramos competed in Kazakhstan was in July for the 2022 Asia Triathlon Junior and U23 Championships in Nur-Sultan.

Alcoseba, a SEA Games women’s triathlon bronze medalist, was the highest placer among them after clinching eighth place in the U23 women’s division of the Nur-Sultan race.

Meanwhile, Quiambao settled for ninth place in the junior women’s competition, while Ramos and Remolino were lapped during the race.

After Nur-Sultan, Alcoseba went on to win the Mt. Mayon Triathlon in Legazpi City, Albay last month and the TriFactor Singapore last September 4.

Aside from the Nur-Sultan race, Manayon, Casares, Ramos, and Quiambao vied in the 2022 Asia Triathlon Sprint Championships in Sejong, South Korea last June.

Meanwhile, Mangrobang competed in the 2×2 mixed relay in the 2022 Birmingham World Games in the United States last July.

This weekend, they will go up against Asia’s best triathletes from Kazakhstan, China, Japan, Hong Kong, Uzbekistan, Syria, Chinese Taipei, and Palestine.

Read Next
God does not back war, pope says in apparent criticism of Russian patriarch