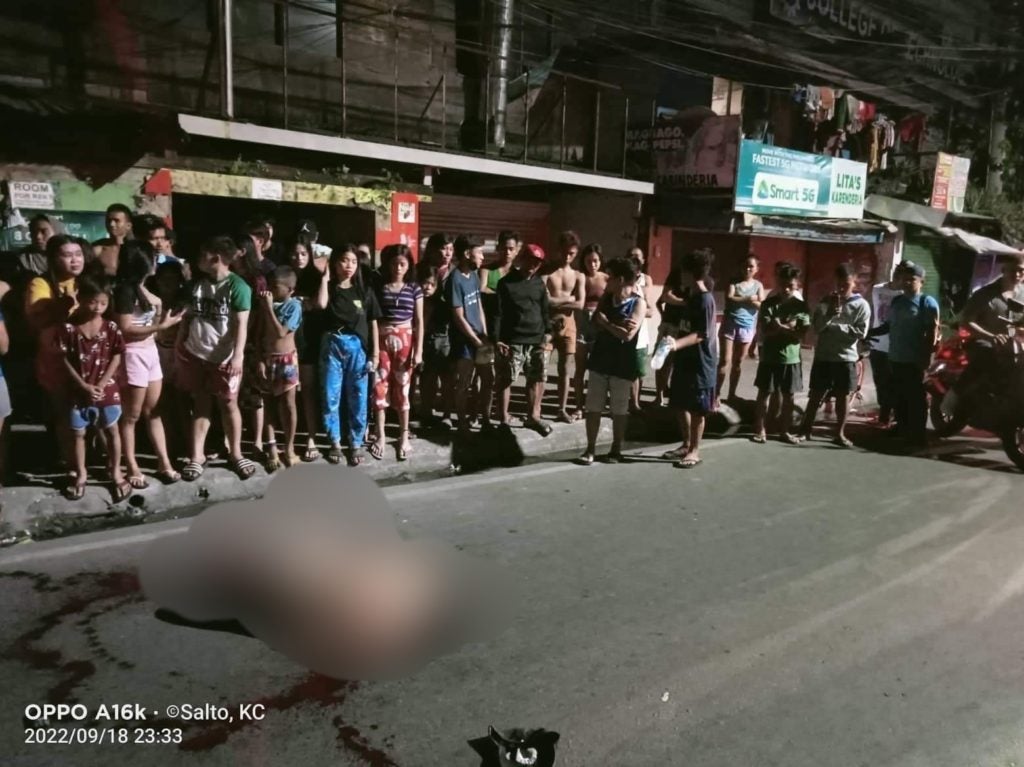 A man was shot dead by still unidentified perpetrator(s) while standing along the road in Sitio Urassi, Barangay Sambag 1 in Cebu City, past 11 p.m. on Sunday, September 18, 2022. | Photo of CCDRMO Delta -346

CEBU CITY, Philippines — Police are investigting the possible link of the theft cases in the killing of a man, who was shot dead on Sunday night, Sept. 18, in Barangay Sambag 1 in Cebu City.

Police Major Nolan Tagsip, Abellana Police Station chief, said during an interview with the media that aside from that they were also looking into the allegations that the victim was a mentally challenged man and that his being in this alleged condition had made him some enemies.

A police report identified the victim as Eduardo Bersabal, a resident of Sitio Laguna, Barangay Sambag 1 in this city.

Tagsip said that they did a background check on the victim and found that he had a record of having been arrested for theft in 2021 and 2022.

“Naa syay duha ka theft, this year, arrested sya for warrant of arrest. Last year, was theft through inquest, and three years ago, Section 12, more on paraphernalias,” he added.

(He had two theft cases. This year he was arrested after being served a warrant of arrest. Last year, he underwent an inquest for his theft case, and three years ago, Section 12, more on [drug] paraphernalia.)

Tagsip also said that they were also verifying allegations that Bersabal had allegedly a mental problem or was a mentally-challenged man.

He also said that there were allegations that some of his actions allegedly due to his condition probably had made him some enemies.

He said they were verifying these claims.

But for now, Tagsip said they were investigating all possible angles that could lead to a motive, identification of the culprit or culprits and their arrest.

As for the shooting last Friday, Tagsip said they still were looking for witnesses to the killing and were checking nearby establishments for footage of CCTVs that might have caught the shooting of the victim.

Initial investigation showed that Bersabal was standing on the street in Sitio Urassi at past 11 p.m. that day when the gunman or gunmen shot him twice — one in the leg and one in the head.

Tagsip said that they still did not know how many persons were involved in the killing of Bersabal.

Shooting in Cebu City claims life of a hotel worker