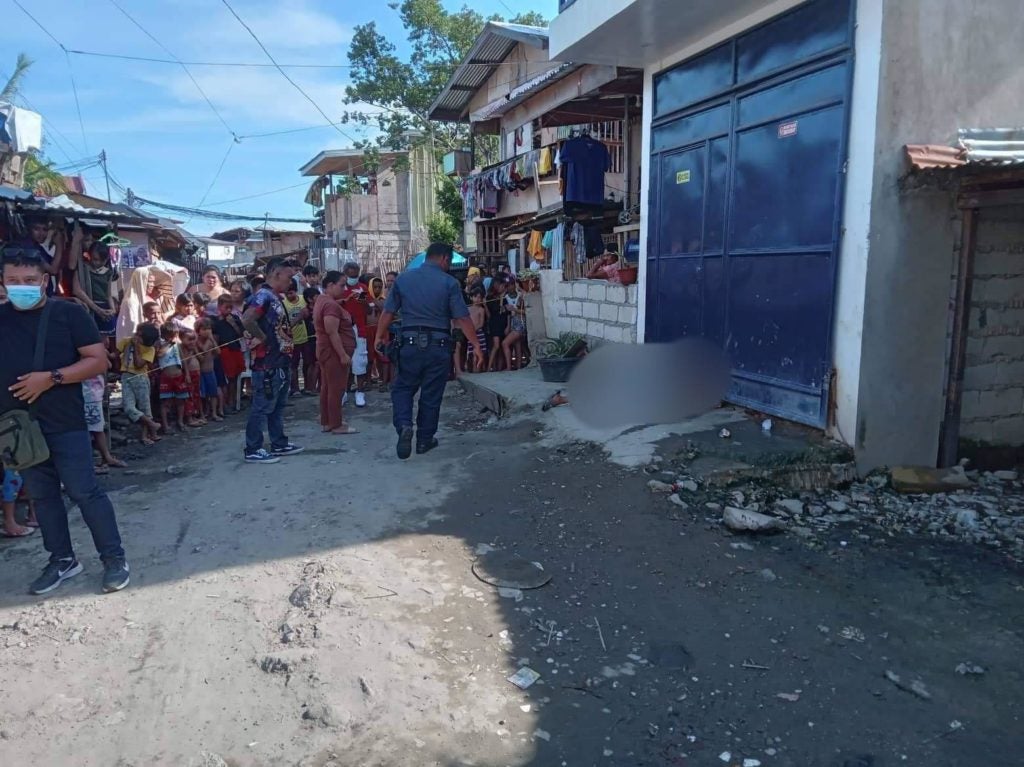 A woman was killed by a still unidentified perpetrator on Saturday afternoon, September 10, 2022, in Sitio Panaghiusa in Barangay Duljo Fatima in Cebu City. | Paul lauro

He said that they already had a person of interest in the killing but he begged off from identifying this person.

He also said that if they could find out the motive in the killing, then this could perhaps lead them to the killer.

Aside from the illegal drugs angle, Taneo also said that they were checking on reports that the victim was recently released from jail allegedly for illegal gambling.

Taneo said that this had yet to be verified.

Initial investigation showed that Barbosa was reportedly walking in the area at nearly 3 p.m. when an unidentified gunman shot her.

He said that there was a possibility that the victim was going on an errand there before she was shot dead.

For now, he said that they were collating more information from those who might have knowledge about what happened.

Taneo said that they were still waiting for the result of the investigation of the Scene of the Crime Operatives, who were determining the firearm used in the attack.

Live in partner tagged as suspect in killing of partner, minor