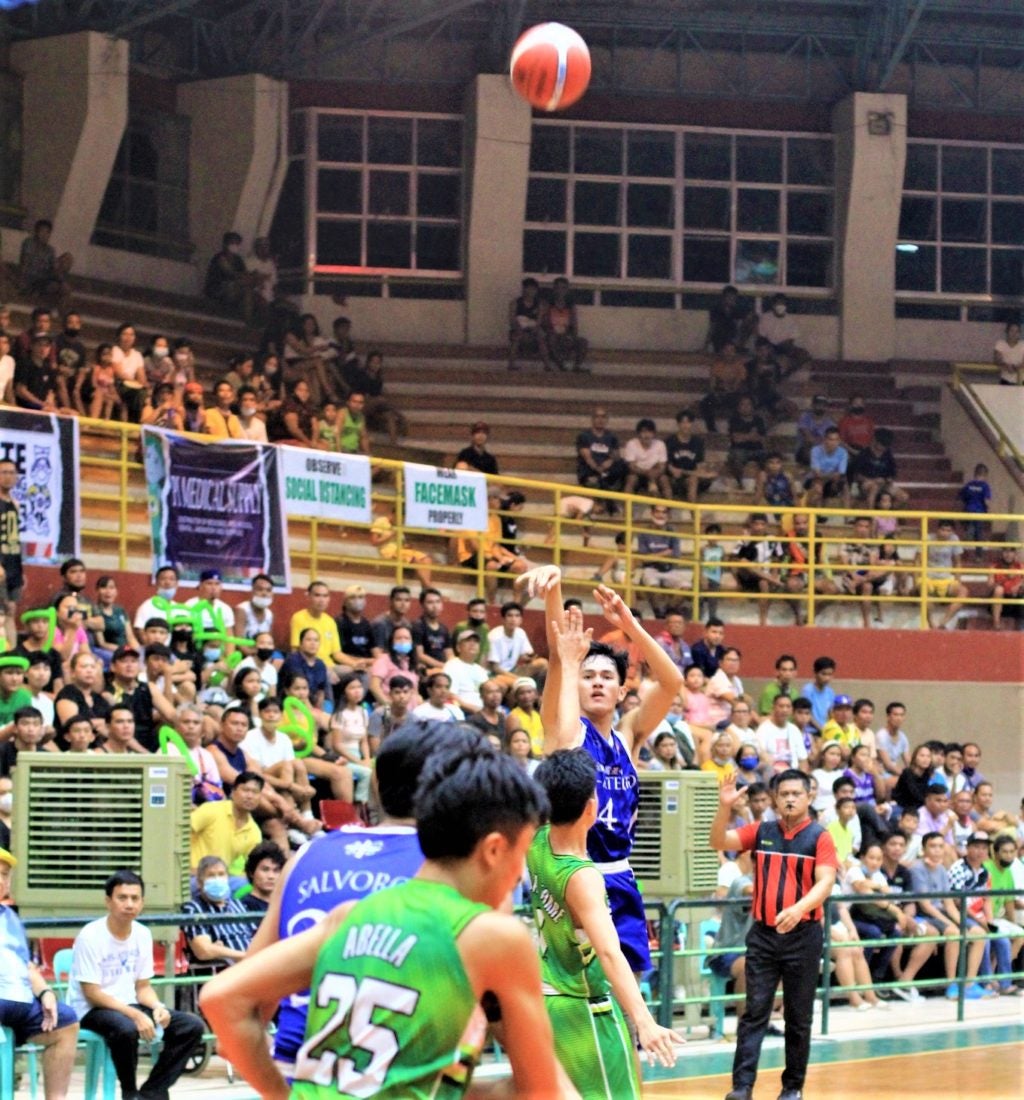 The Magis Eagles, the many-time Cesafi juniors division champion, defeated one of their rivals, the University of the Visayas Baby Lancers, 86-76, in the finals of the tournament aptly dubbed the “Don Celestino Martinez Sr. CESAFI Pre-Season Junior Division Tournament.”

Michael Asoro and Ramon Salvoro led the Magis Eagles by scoring 17 points each. Asoro paired it with eight rebounds, while Salvoro had eight rebounds and four blocks.

Ryan Sinoy spoiled his 17-point performance along with Nathan Dela Torre’s 16 and Marvin Ravelo’s 12 points for the Baby Green Lancers.

“It’s more on the combination of players that we worked on in the fourth quarter. I was looking for the right combination since this is the first time that the team played as a whole,” said SHS-AdC head coach Rommel Rasmo.

“We missed Salvoro for a month and Jarred (Bahay) for three months because of their Batang Gilas duties. UV really gave us a good fight, luckily for us, we controlled the game early that’s why when the game went tough, we managed to survive (against) the resilience of UV,” added Rasmo.

On the other hand, the University of Cebu (UC) Baby Webmasters edged the City of Bogo Science and Arts Academy Trailblazers, 87-69, to capture the third place.

The pre-season tilt capped off on a high note despite the withdrawal of the University of San Carlos Baby Warriors, which forced the organizers to cut short the competition.

“We just forgo with the non-bearing elimination round game and went directly to the championship game. Unfortunately, USC pulled out, so the decision must be made whether do the championship or play the final elimination round games that has no bearing. And we decided to do the finals,” said former Bogo City mayor and sports patron Junie Martinez.