Heart Evangelista moves out of home shared with Chiz Escudero? 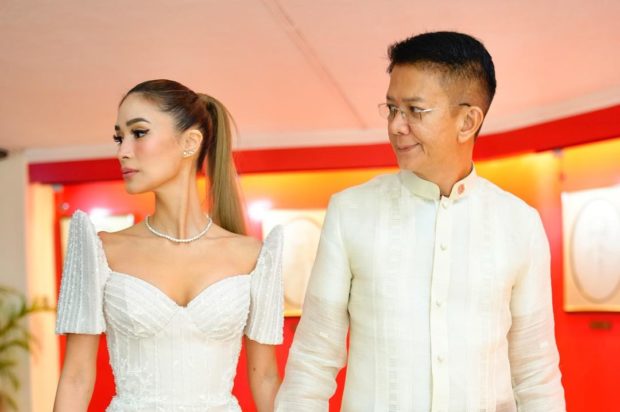 Heart Evangelista is rumored to have moved out of her home with husband, Sen. Francis “Chiz” Escudero, amid speculations that they are now separated.

The actress’ supposed decision to move out was revealed by columnist Cristy Fermin on her YouTube vlog “Showbiz Now Na!” last Monday, Sept. 19.

Fermin then stated that Evangelista did a tour from her new condo, seemingly referring to Evangelista’s YouTube vlog last Sept. 10 where she talked about furnishing her “new home away from home.”

Fermin also talked about rumors linking Evangelista with an Italian man who had been seen with her in her trips abroad.

“Kahit sino ngayon ang makasama nilang mag-asawa, ituturo na ‘yun ang dahilan ng hiwalayan. Kahit sino,” Fermin added. (No matter who the couple is seen with now, they will be pointed as the reason for the separation. Anybody.)

Speculations that Evangelista and Escudero’s relationship is on the rocks arose after fans noticed that the actress had dropped the Escudero surname from her Instagram profile name.

The actress admitted earlier this month that she was dealing with “personal struggles,” though she did not state anything specific. She was then seen crying during a photo shoot last Sept. 7, and seemingly hinted at building a home in Paris.

Evangelista and Escudero are yet to address breakup rumors as of this writing.