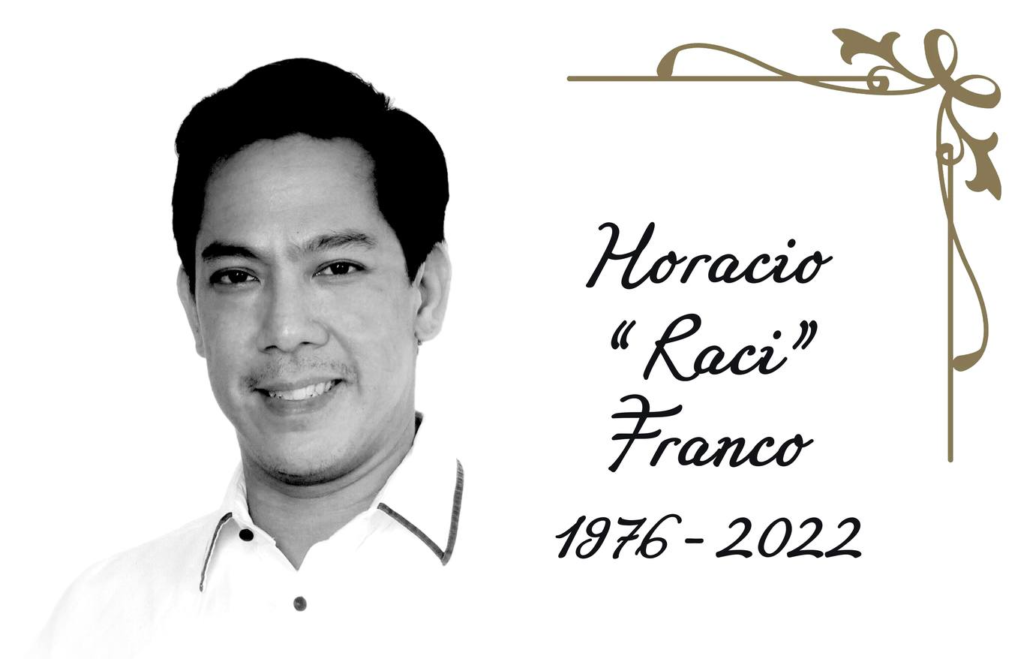 “The officials and employees of the Cebu Provincial government wish his family strength and comfort during this time of grief… He was a valued colleague in government service who worked for the welfare of his constituents in the fourth district. It was an honor working with you, Board Raci,” the Capitol said.

“On behalf of the Vice Governor’s Office and my family, my sincere condolences to his wife, Mela, his parents, and the entire family. I shall miss him,” Davide said.

The vice governor described Franco as a ‘loyal friend and ally.’

“He was a hardworking and dedicated public servant, who did his utmost to serve his constituents in the Fourth District.  His kindness and good deeds shall stay forever in the hearts of the people whose lives he touched,” he added.

“I will miss you partner! Mondays won’t be the same without you,” wrote Shimura.

Details of Franco’s death and internment have yet to be determined.

Franco was reelected for his third and last term in the Capitol’s legislative body during the May 9 elections.

Governor Garcia thanks Cebu Provincial Board for ‘unity’