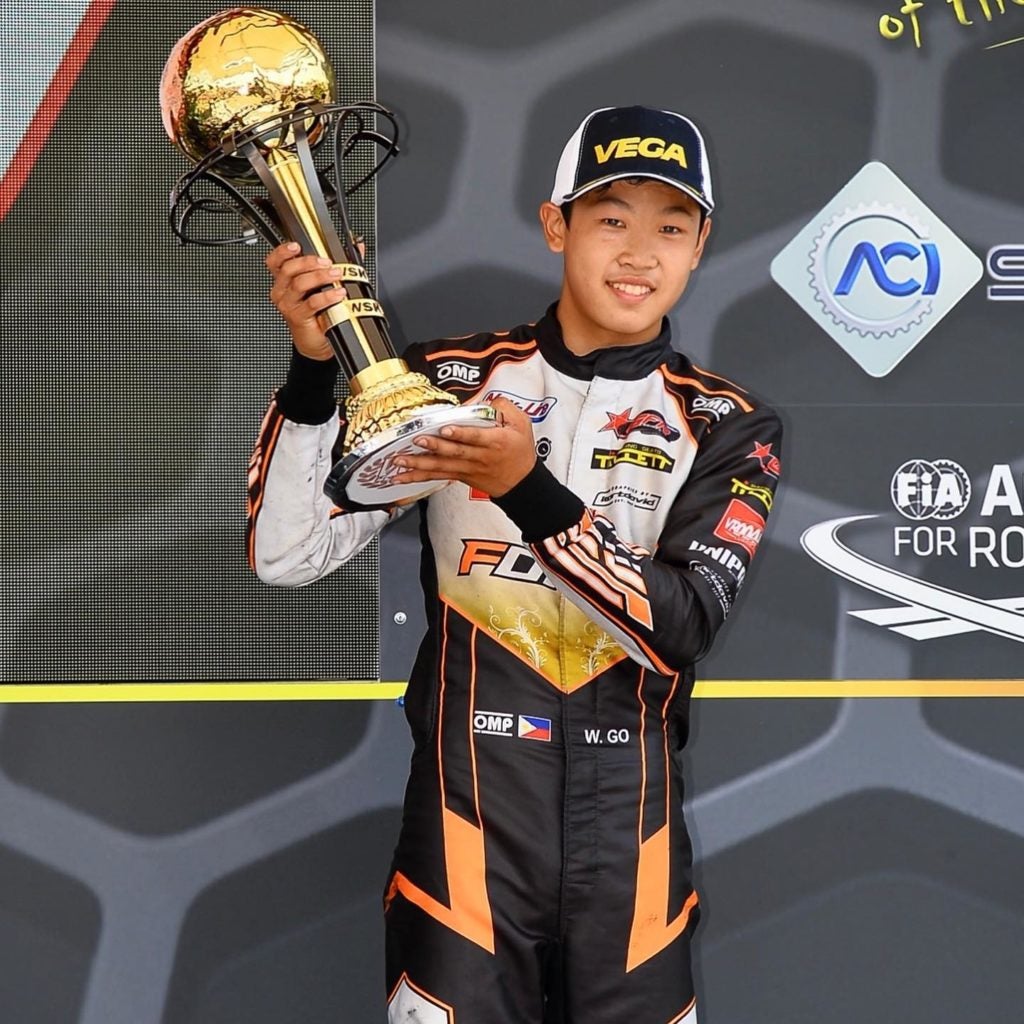 The 14-year-old karter wrapped up his journey in the OK Junior division amidst the difficulties he experienced due to the COVID-19 pandemic.

His most recent race was the FIA World Championships in Circuito Internazionale Napoli, Naples, Italy where he competed in the qualifying round.

“After a two-year hiatus and getting back on track for only 7 months, I now bid farewell to my OK Junior journey,” said Go in his Facebook post on Sept. 26, 2022.

“Last September 14 to 18, in the FIA World Championship, I had my last race as an OK Junior driver. Although I did not have promising results due to poor qualifying, I have one whole 2022 season to be grateful for.”

Go made waves in the international karting scene after becoming the first Filipino karter to bag a podium finish in the FIFA Karting Academy Trophy where most top Formula 1 drivers started their careers.

In addition, Go had numerous promising results in his previous races such as the WSK Euro Series where he finished third overall in South Garda Karting in Lonato, Italy among 70 other competitors.

“Ever since I got back on track last January, I was honored to compete in several races, bagged 2 podium finishes – a first for the Philippines, met new people, made great friends, and most importantly, learned a lot,” added Go.

“It was no doubt that during my short time in OK Junior, it was a bittersweet journey. Sweet, because I got back racing and I am honored to have succeeded in one of the most competitive grids. And bitter, because I knew I could have done better if I had more test days like my competitors, poor weather conditions, and more.”

Go also revealed that he has changed tremendously in a positive way these past seven months. He learned not just triumph but also lessons that will further mold him to become a better racer.

“The past seven months changed me tremendously and it molded me into who I am today. It made me realize the following: that not every race could be ours, the importance of my overall health (exercise and nutrition), keeping a balance between racing and school, how days off the track can be made fun with the right company, and that I am incredibly grateful to have the best support system – my family who stands by my side every step of the way,” said Go in his post.

He thanked his racing team, Forza Racing, his coaches, mechanics, and his managers for being at his side in his OK junior journey.

“I’m now ready and thrilled for the challenges OK Senior has in store for me!,” Go concluded.