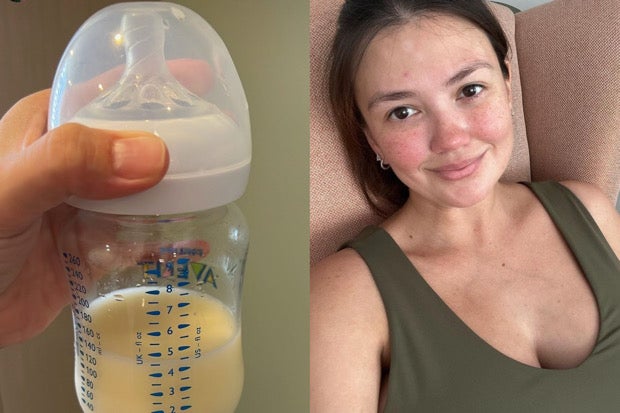 Angelica Panganiban got candid on how motherhood has been for her so far, a week after she gave birth to her first child with non-showbiz partner Gregg Homan.

The actress narrated her proud breastfeeding moment while showing a bottle of milk she was able to get after breast pumping, via her Instagram Stories yesterday, Sept. 27.

“As a duguan and sugatang (bleeding and wounded) mom, and [it has] only been one week of breastfeeding, Haakaa and hand express is the key,” she said, referring to the breast pumping techniques she used.

(The turn of events somehow makes me feel proud and [helps me] overcome depression. [I] just had two rounds of pumping and I think I would be able to satisfy the hunger of [my] baby again.) 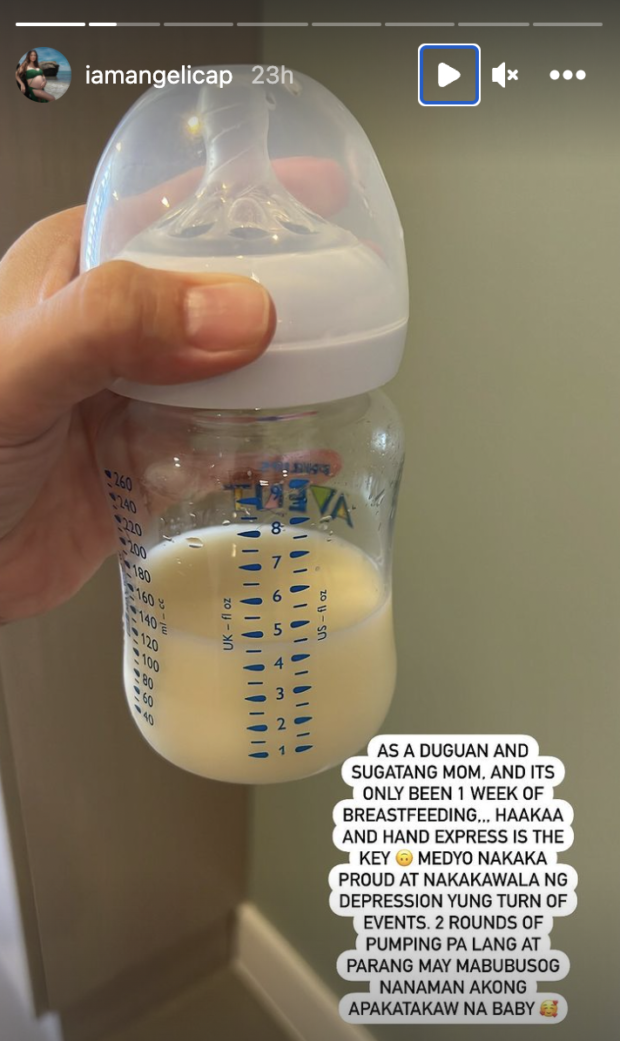 Panganiban announced her pregnancy last March, and shared in a gender-reveal party last June that she and Homan are expecting a baby girl. The couple welcomed their daughter Amila Sabine last Sept. 20.