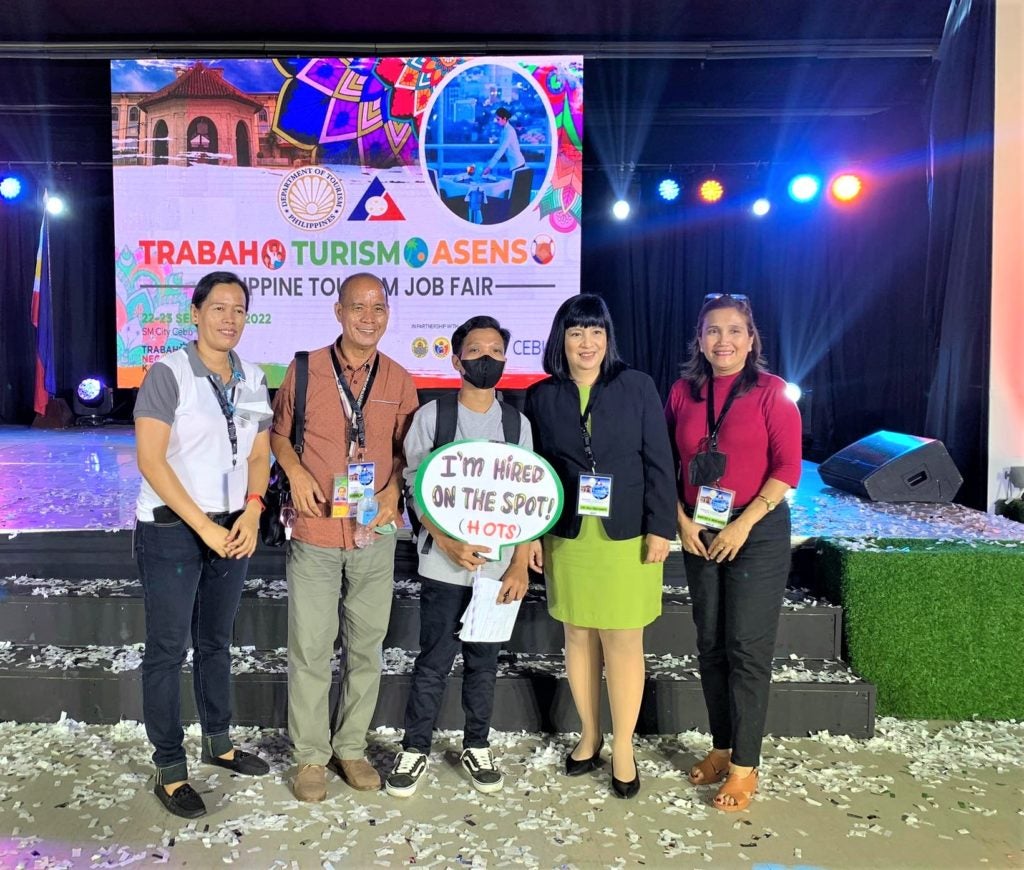 In a statement, the Department of Labor and Employment in Central Visayas (DOLE-7) said senior high school graduates were also among those who were hired on the spot, who got jobs as new dealers, stock clerks, cashiers, customer representatives, and service crew.

DOLE-7 director Lilia Estillore said that the “positive turnout” of the job fair showed that the region’s tourism industry is “revived” and is now welcoming back more applicants to complement the required workforce.

“We are grateful to all participating employers, especially to those who hired applicants on the spot. We are hoping for more employers joining in our upcoming job fairs and for more applicants, who will be given the opportunity to land a decent job in addition to the new HOTS,” Estillore said in the same statement.

Data from the regional agency showed that the two-day jobs fair garnered a total of 1,830 registrations. However, only 1,232 were qualified after having been vetted.

DOLE-7 furthered that the number of HOTS is likely to increase in the coming days with the addition of the “near hires” or those jobseekers already considered as hired, but still have to submit some lacking requirements.

The “Trabaho, Turismo, Asenso” Philippine Tourism Job Fair was launched in Cebu on September 22 to 23 2022 at the Cebu Trade Hall of SM City Cebu, spearheaded by the Department of Tourism, Department of Manpower Development and Placement, and DOLE-7.

Read Next
Costa Rica training camp on for Filipinas