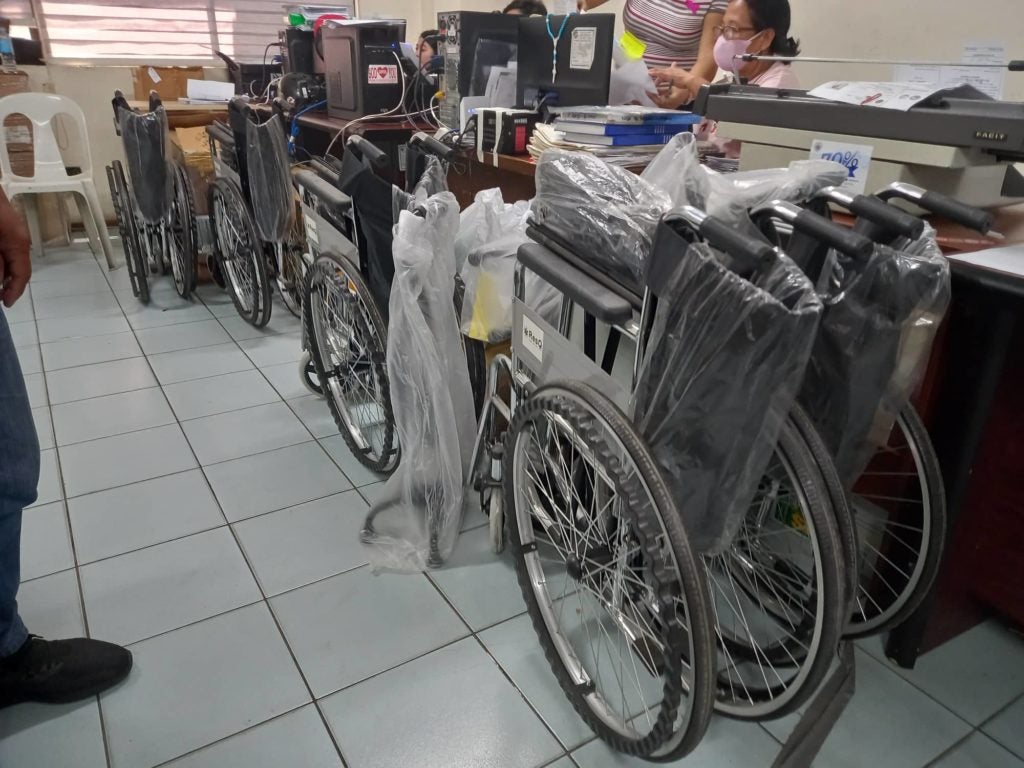 These are some of the wheelchairs that will be given to selected senior citizens in Mandaue by the OCSA. CDN Digital photo | Mary Rose Sagarino

MANDAUE CITY, Cebu- The Office of the Senior Citizens Affairs (OSCA) in Mandaue City will be giving wheelchairs and canes to some senior citizens on Friday, October 7, 2022.

At least five wheelchairs and canes will be given to senior citizens. Before it will be given on Friday, OSCA will screen the elders who want to avail of the program to make sure that only those who need them the most will receive the assistive devices.

The activity is done in line with the city’s celebration of Elderly Filipino Week, which is celebrated from October 1 to 7.

Other programs that were conducted by the office includes the inter-barangay Gateball tournament and zumba fitness exercise.

On Friday, there will also be an awarding ceremony and certificate of recognition for surviving centenarians, or those who were able to reach 100 years old.

Based on the office’s record, the city has over 25,000 registered senior citizens. Senior Citizens in Mandaue have a yearly allowance of P8,000.

Read Next
Mandaue City to give additional allowance to members of PNP, BFP and BJMP