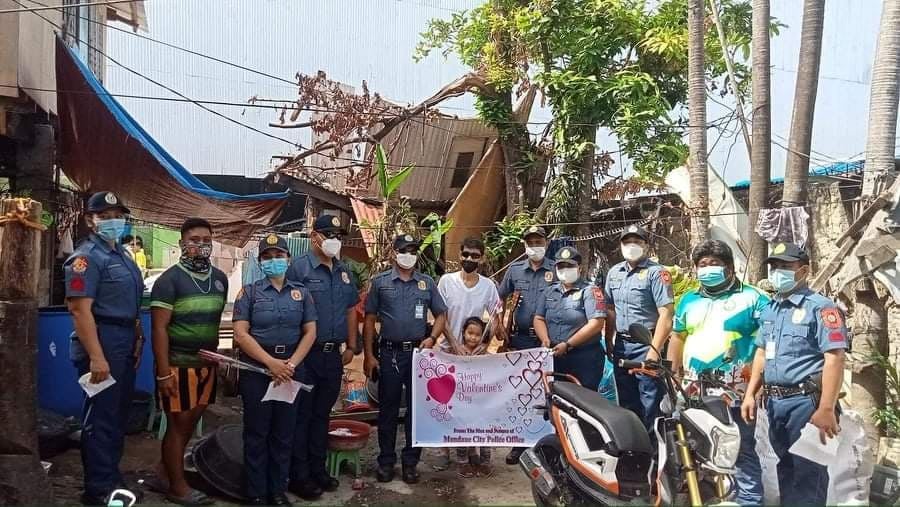 Despite their meager resources, members of the Mandaue City police distribute relief goods and a 10-liter bottle of water to victims of Typhoon Odette on Feb. 14, Valentine’s Day. | Mary Rose Sagarino

MANDAUE CITY, Philippines — Members of the Philippine National Police, Bureau of Fire and Protection, and Bureau of Jail Management and Penology assigned in Mandaue City may receive an additional allowance from the city government soon.

This is after City Councilor Oscar Del Castillo, chairman of the committee on Police, Fire, and Penology, drafted an ordinance providing an additional P1,000 allowance for all the agencies’ members making their monthly allowance to P2,000.

Castillo said this is to thank and recognize the efforts of the law officers who keep the city’s peace and order.

Castillo said the draft ordinance is expected to be passed in the first reading by the city council in their session next week.

Police Colonel Jeffrey Caballes, director of the Mandaue City Police Office welcomed the proposed ordinance saying that it will be a very big help to the members especially since the prices of goods have increased.

Caballes assured that they will continue and strengthen their efforts in keeping the city orderly and peaceful.

MCPO has around 600 staff including non-uniformed personnel.

They can get their monthly cash allowance at the City Treasurer’s Office.    /rcg