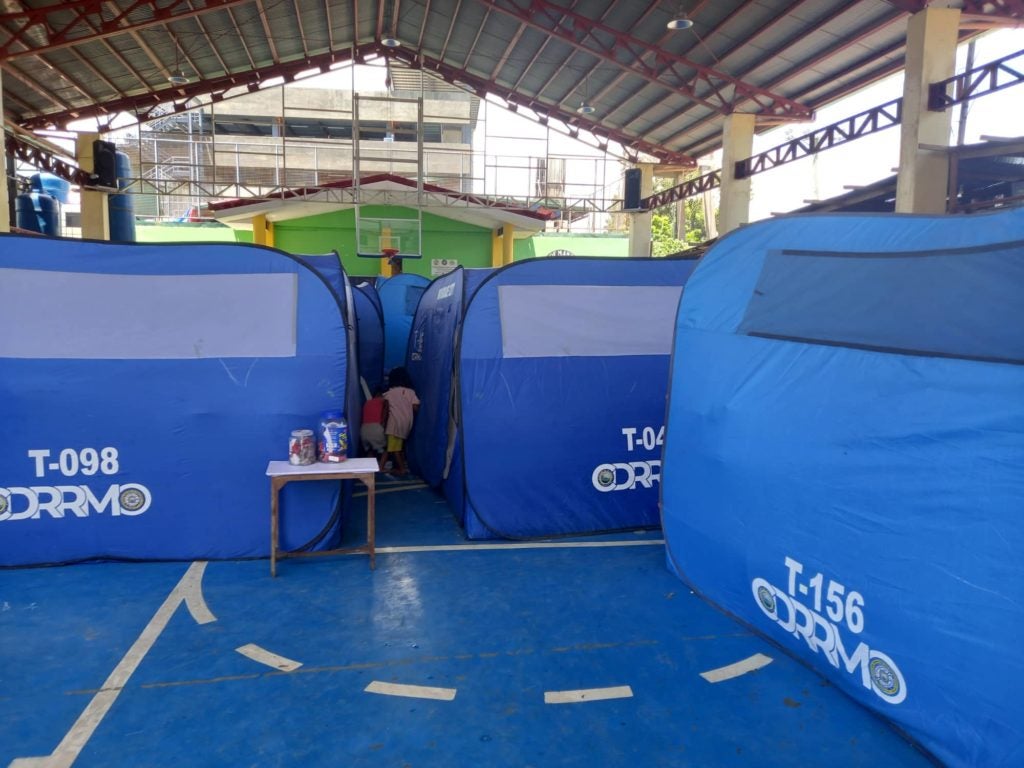 Some 18 families are still living inside these tents at the Casuntingan barangay gymnasium almost a month after they were displaced by the Sept. 9 flooding in Mandaue City. CDN Digital photo | Mary Rose Sagarino

MANDAUE CITY, Philippines — Almost one month after the massive flooding in Mandaue City, at least 18 families are still stuck at the Barangay Casuntingan gym.

It can be recalled that during the September 9 flooding, thousands of individuals from different barangays of the city were evacuated.

In Barangay Casuntingan, Secretary Raul Navarro said that 210 families or over 600 individuals were evacuated at that time although some of them had already found a place to live.

The 18 families who are still living at the barangay gymnasium are those whose houses were washed out or severely damaged by the flood and have nowhere else to go.

To help them start anew, the city government will be giving them P20,000 in financial assistance this week or early next week, said Navarro.

Navarro also admitted that they need the gymnasium because they have a series of activities that will be conducted there especially since the barangay will be celebrating its fiesta on October 21.

However, some of the flood victims said they would prefer to be relocated than be given cash assistance.

Fe Orbita said that it is difficult to find a boarding house nowadays, especially for families who have many members like theirs who have three small children.

Orbita added that boarding houses are now very expensive and that one would need to deposit one month’s rent.

Teofilo Bateño, another affected resident agreed and added that cash is easy to spend and be gone in a flash.

Orbita is also calling and requesting the national government to help them to be relocated.

They also admitted that they do not want to return to their former address in sitio-Lub-ang which is along the three-meter easement zone of the Butuanon River because it is risky and no longer safe.

Navarro said that the city government is currently looking for an area where the flood victims could relocate.

Earlier, the city government said that it would not allow informal settlers to return to their areas along the three-meter easement zone of the Butuanon river.         /rcg