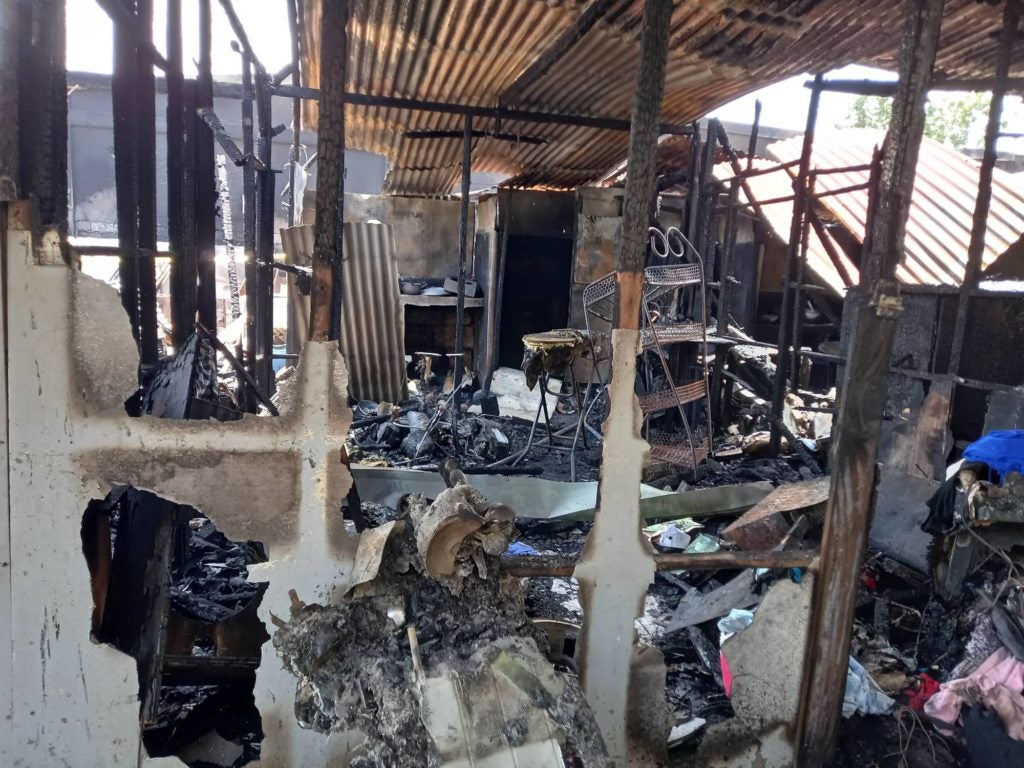 Some 34 families were affected by the fire that hit a residential area in Barangay Casuntingan in Mandaue City on Sept. 13.

MANDAUE CITY, Philippines — After the massive flooding on September 9, Barangay Casuntingan is beset with another crisis: fire.

On Tuesday dawn, September 13, a fire razed apartments in a compound in the barangay, displacing 34 families or 126 individuals.

They are currently housed in the gymnasium of the Cabancalan 1 Elementary School.

They are currently evacuated there since the Casuntingan gym is being used to house victims of the September 9 flood.

They received disaster kits from the City Social Welfare and Services (CSWS) and will be provided free meals for three days.

Some residents claimed that one of the boarders intentionally burned the boarding house.

Agnes Madrid, one of the fire victims said prior to the Tuesday dawn fire, the 23-year-old girl had allegedly attempted many times to burn the apartment but failed as residents were able to extinguish the fire.

Madrid said the family and residents had attempted to send the girl to the Department of Social Welfare and Development but were told to look after her because she was only depressed.

Casuntingan Barangay Captain Amelia Ale said this was the reason why they brought the girl to the barangay hall because the boarders were very angry with her.

Ale said according to some of the renters, the fire started in the suspect’s room.

Ale said the girl allegedly admitted to burning the boarding house. She said the girl was very depressed and told them that her family doesn’t understand her.

The Mandaue City Fire Office in its report sent to CDN Digital said their investigation of the cause of the fire is ongoing. Young fire victims were provided a space to play and enjoy at the Cabancalan 1 Elementary School.

To better accommodate the fire victims, the CSWS with the help of teachers from Cabancalan 1 Elementary School, put up a couple’s room for couples who want to have a private moment and a child-friendly space for children to have fun, a community kitchen so they can cook some foods, among others.

Basaca said that the social workers have also conducted a stress debriefing as their psychosocial intervention to help the victims.

She said they target to implement this in every evacuation center in the city.    /rcg