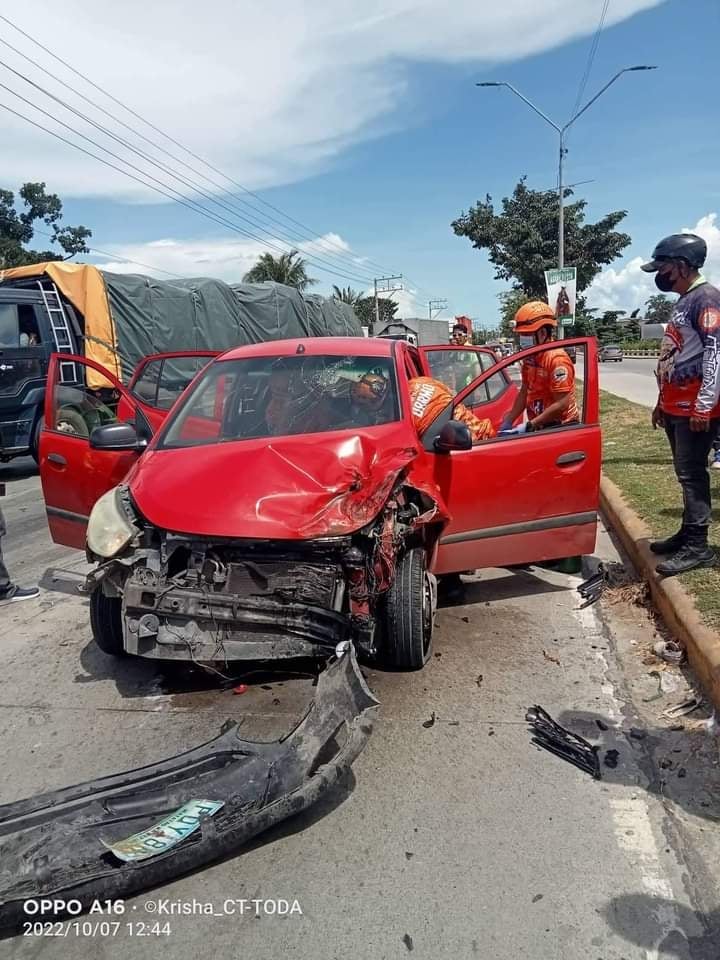 A small car traversing southbound, whose driver executed a U-turn, figured in a Friday noon accident against a mini dump truck and an SUV at the intersection of Barangay Lawaan 2 in Talisay City, Cebu. | Photo courtesy of CT-TODA

Patrolman Ariel Balde, the traffic investigator of the Talisay City Police Station, confirmed this and added that the three drivers were safe and agreed to settle amicably.

Balde said that Saint Alanano, 27, a resident of Cebu City, and the driver of a Hyundai 110,  sustained minor injuries from the accident.

It was learned that the three vehicles were headed south when Alanano took a U-turn, lost control of her vehicle, and veered to the opposite lane after hitting the center island. She then hit the mini dump which in turn hit an SUV.

Balde, however, said that the parties involved have agreed to settle amicably.

Following the accident, Balde reminds drivers anew to be extra careful and stay focused when driving.

Balde said that the vehicular accident was the first reported in their station for the month of October.      /rcg

Read Next
Mandaue mayor: Flood victims may be moved to socialized housing buildings in Tipolo