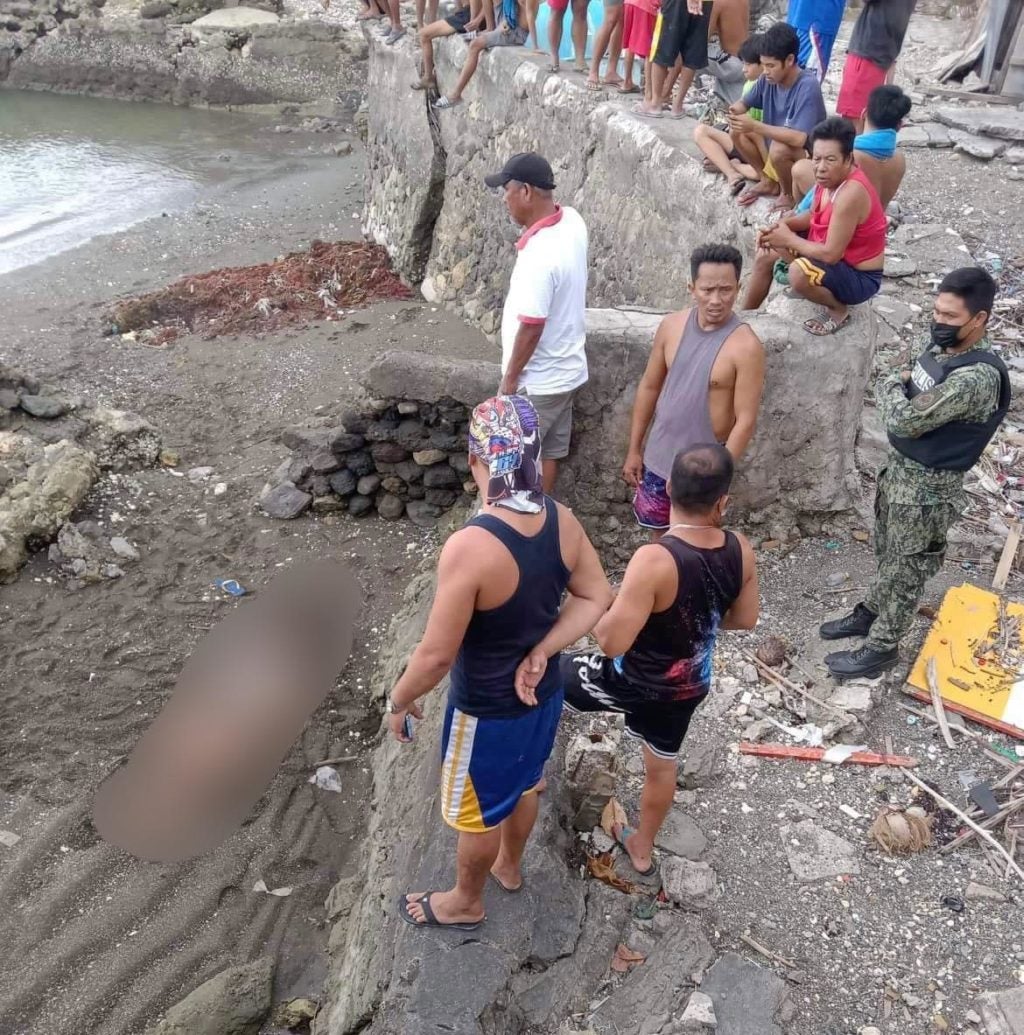 Police continue to investigate the possible cause of death of a woman who was found along the shoreline of Barangay Biasong on Sunday afternoon, Oct. 9, 2022. | Talisay PS

CEBU CITY, Philippines — Police are still trying to determine if there was possible foul play in the death of a woman, whose body was found along the shoreline of Barangay Biasong in Talisay City on Sunday afternoon, Oct. 9, 2022.

Caballes said that they were considering all possible angles in the investigation including the possibility of foul play as the cause of Ruiz death.

The Talisay police chief also said that based on the photos he had seen of the Ruiz’s body, there were bruises on her neck.

With this, police have requested the relatives to let Ruiz’s body undergo an autopsy to shed light on what could be the cause of her death.

Caballes said that according to Reymond Yongko, Ruiz’s live-in partner or common law husband, the victim had allegedly been experiencing a mental health crisis.

Yongko said that Ruiz would often leave their house without informing anybody.

On Sunday, Yongko said that Ruiz left the house at around 6 a.m. on Sunday and had not returned since she left, and she was later found dead at past 3 p.m. along the shoreline of Barangay Biasong in Talisay City.

Caballes said that the body of Ruiz was found at past 3 p.m. on that area and was declared dead by the medical emergency responders, who arrived in the area.

Caballes, for his part, said that they would continue to look into the background of the victim and interview possible witnesses, who could possibly shed light on the death of Ruiz.

Mental Health Day: The need to defuse a ticking time bomb for millions