Cebu City, other areas in northern and central Cebu placed under signal no. 1 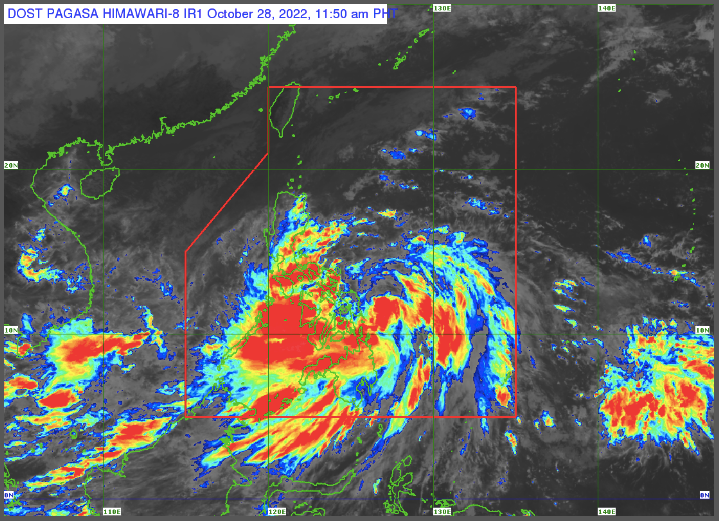 Photo screenshot from Pagasa official website| via Wenilyn B. Sabalo

Aside from Cebu City, the Philippine Atmospheric, Geophysical and Astronomical Services Administration (Pagasa) and  also placed more areas in northern and central portions of Cebu under TCWS 1.

Here is the complete list of areas in Cebu under TCWS 1 as of this writing:

The Cebu City Disaster Risk Reduction and Management Office has been on Blue Alert status since 9:45 a.m., Friday, Oct. 28.

Blue Alert status mandates all emergency responders to monitor handheld radios for river monitoring, and weather situations, among others.

All personnel of CCDRRMO and Barangay Based Responders should also monitor, prepare equipment, respond and report any untoward incidents to Cebu City Command and Control Center.

As of 10 am today, the center of TS Paeng was estimated based on all available data at 220 kilometer East NorthEast of Borongan City, Eastern Samar.

It has a maximum sustained winds of 75 km/h near the center and a gustiness of up to 90 km/h.

It is also moving west northwestward at 25 km/h.

Pagasa said that today until Saturday early morning, October 29, heavy to intense with at times torrential rains are likely over Bicol Region and Eastern Visayas, while moderate to heavy with at times intense rains are expected over the rest of the Visayas, Quezon, MIMAROPA, Caraga, Zamboanga Peninsula, BARMM, and Northern Mindanao.