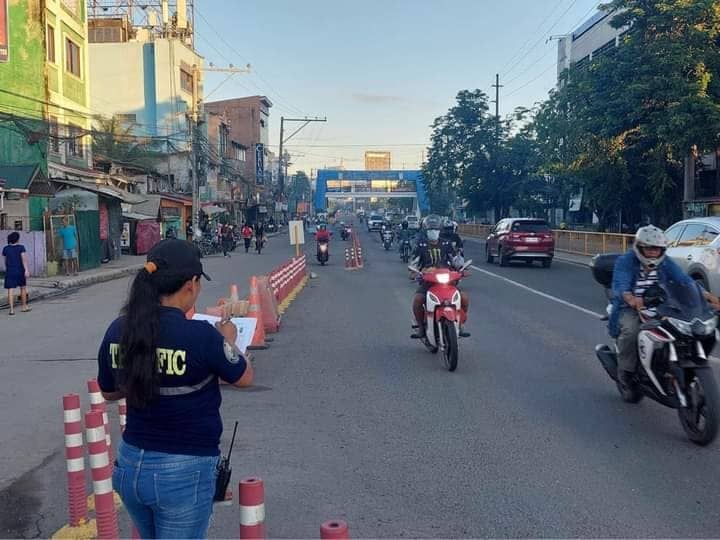 Personnel from the Traffic Enforcement Agency of Mandaue (TEAM) conduct a traffic count or vehicular count in one of the city’s major intersections. | photo courtesy of TEAM

MANDAUE CITY, Philippines — The Traffic Enforcement Agency of Mandaue (TEAM) is conducting a traffic count to know the estimated number of vehicles passing through the city especially since the situation has already returned to normal.

The traffic count will be conducted for three days at the city’s major road intersections during peak hours in the morning and night.

The TEAM started the traffic count at the city’s 33 major intersections on Monday, November 21. It will again conduct the counting on Friday and Saturday, November 25 and 26.

TEAM executive director Edwin Jumao-as said that the traffic count was conducted during those days because those are the times when most vehicles are traveling in the city.

Jumao-as said that the city’s last traffic count was conducted in 2015.

He said that the data that they will get will be used in making traffic policies including establishing traffic signages.

He said that so far, most of the vehicles listed by their personnel were motorcycles.

Jumao-as said that they would probably tap Triune Electronics Systems Inc. to ask for the adjustment of the minutes of the traffic lights depending on the average number of vehicles passing through that intersection.     /rcg

Read Next
Indonesia quake kills at least 268 people, many of them children at school