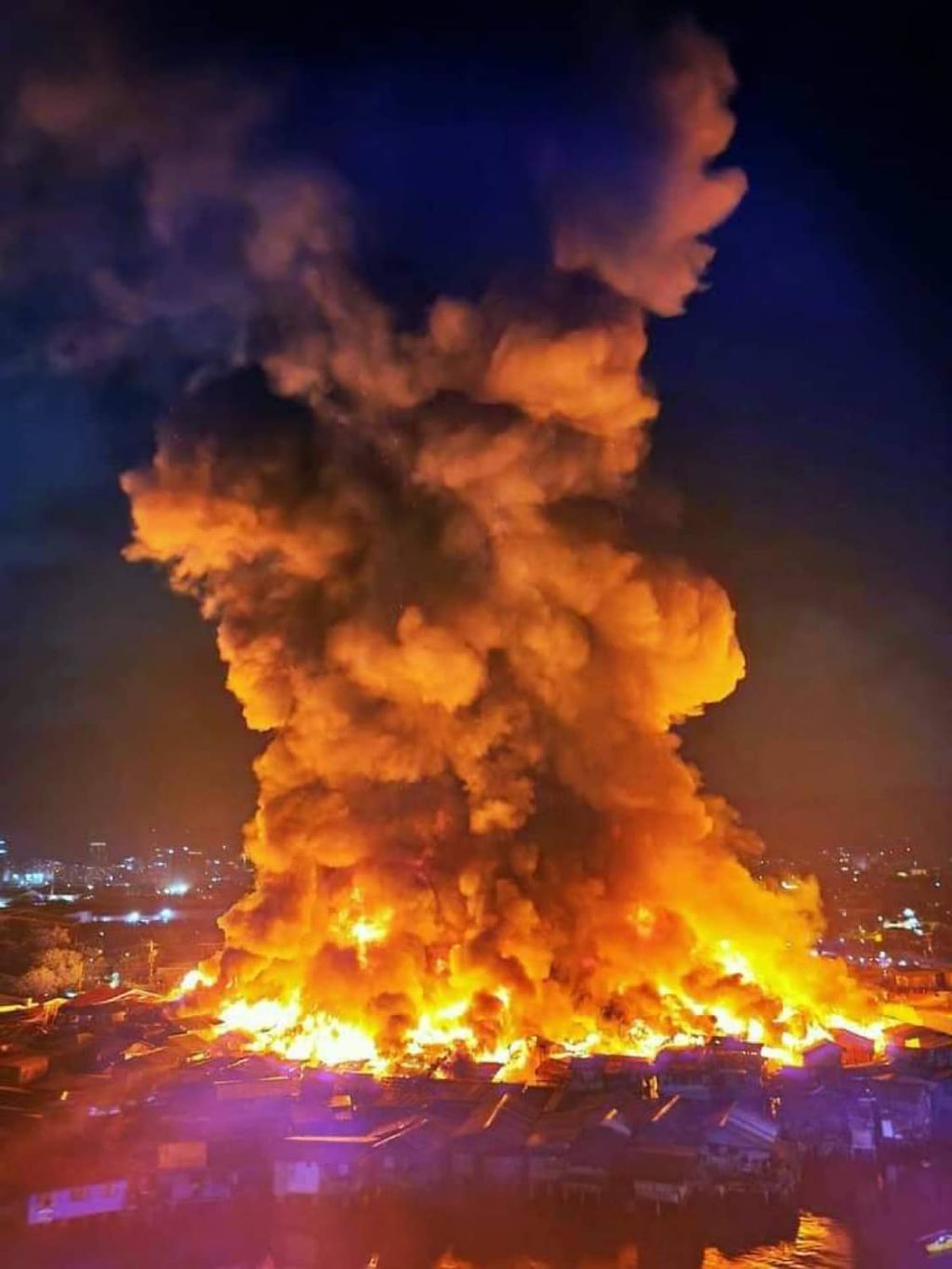 An aerial photo of the fire that burned hundreds of homes in Sitio Paradise in Barangay Looc, Mandaue City. | Photo from FB page of Mayor Jonas Cortes Cortes said the fire victims are now accommodated in modular tents installed at the covered court of the Mandaue City Central School.

A mobile kitchen was also sent to the area to prepare hot meals for them while disaster kits and food packs were also distributed.

Read Next
CA defers Tulfo’s confirmation as secretary of DSWD