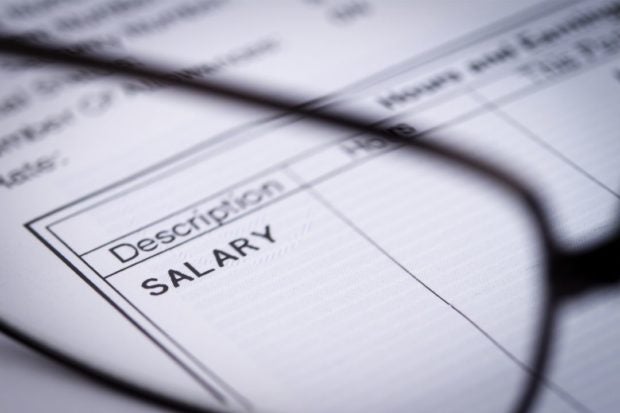 MANILA, Philippines — Federations of government unions have joined calls for wage hike and security of job tenure, urging the government to raise the national minimum salary to be able to earn a living wage.

Citing the erosion of purchasing power of the peso due to rising inflation, government workers on Tuesday urged the President to “take urgent steps to address the worsening plight of workers in government.”

“Present policies like the Salary Standardization Law (SSL) and the Compensation and Position Classification System (CPCS) have deprived us of salaries and benefits we need to make ends meet,” said Santiago Dasmariñas Jr., national president of Confederation for Unity, Recognition and Advancement of Government Employees said.

The SSL was designed to rationalize and increase the pay of public sector employees, while CPCS is a standardized compensation package for workers in government-owned and controlled corporations.

The labor unions called for an increase in the minimum wage rate of government employees to P33,000 per month, which they said was based on current family living wage standards.

Based on the third tranche of the Salary Standardization Law effective Jan. 1 this year, a new hire assigned with a Salary Grade 1 post will get a monthly pay of only P12,517.

Based on the preliminary data of the Family Income and Expenditure Survey of the Philippine Statistics Authority, a family of five needed at least P12,030 to meet both basic food and non-food needs.