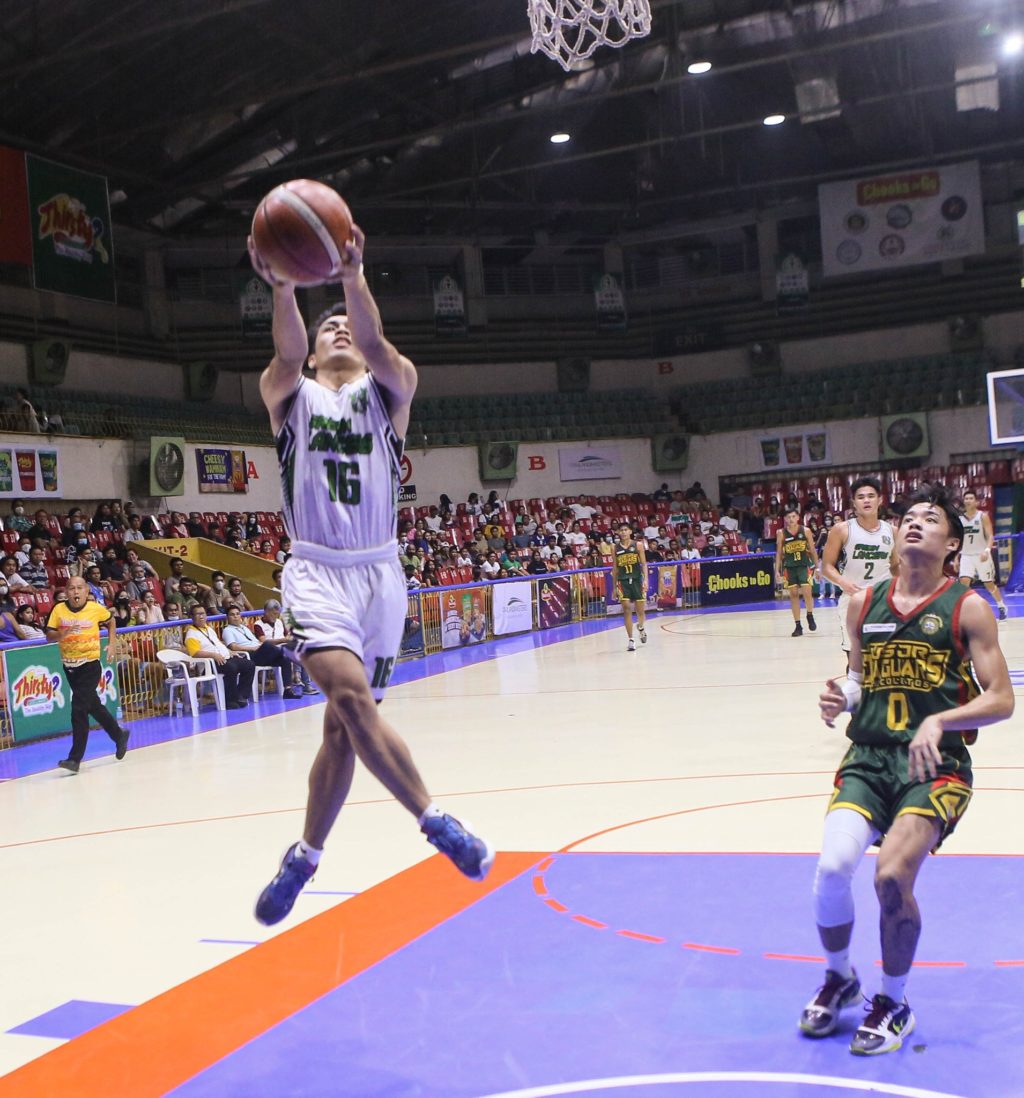 UV’s Zyle Cabellon goes for an acrobatic layup in a game against USJ-R on Tuesday evening, November 22, 2022. | photo from Sugboanong Kodaker

CEBU CITY, Philippines—The University of the Visayas (UV) Green Lancers cemented their position at the top spot of the team standings in the Cebu Schools Foundation Inc. (Cesafi) men’s basketball tournament after defeating the University of San Jose-Recoletos (USJ-R) Jaguars, 77-69, on Tuesday evening, November 22, 2022, at the Cebu Coliseum.

With the victory, the Green Lancers will head into the playoffs as the top seed and will hold a twice-to-beat advantage against their semis opponent.

The University of Southern Philippines-Foundation (USP-F) Panthers will also have the same edge for being the second best team after the eliminations.

The Green Lancers hold a record of eight wins with two losses, while the Panthers have a 7-3 (win-loss) card.

The 3 and 4 spots will be a tussle between USJ-R and UC.

The Webmasters still have two remaining games, one against the Cebu Institute of Technology-University (CIT-U) Wildcats, and another against USJ-R.

The results of those games will determine the placing in the next round.

Justine Langres scored 20 points for the Jaguars while Elmer Echavez chipped in 16.