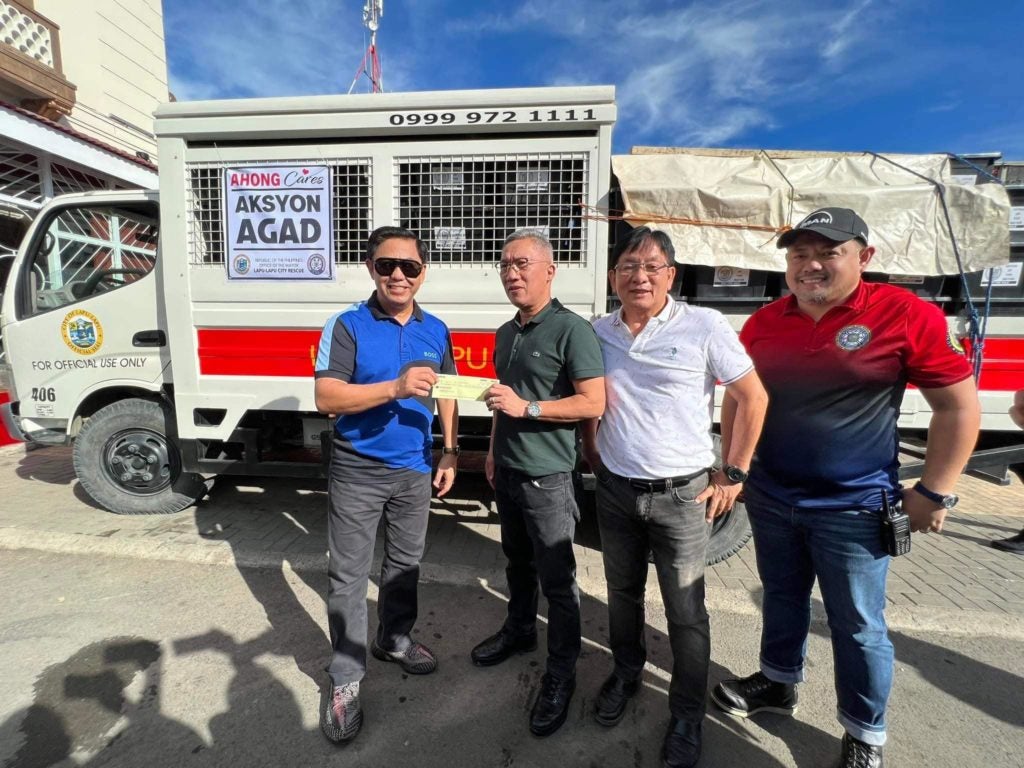 Aside from his one-month salary, Chan also turned over to Mandaue City Mayor Jonas Cortes 1,000 pcs. relief packs which consist of food and non-food items, such as kitchen utensils and hygiene kits.

The mayor also promised to donate P1 million, however, Chan said that he will still have to ask the city council for its approval.

Chan said that he considered Mandaue City as Lapu-Lapu’s brother city, so there’s no reason for him not to help the city in this time of crisis.

At least 700 families lost their homes in the fire that started late Tuesday night, November 22.

Aside from this, a donation drive for the fire victims was also initiated by Chan’s daughter, Pajo Barangay Councilor Jasmine Chan.

Those who would like to donate may drop their donations at the Lapu-Lapu City Hall lobby.    /rcg