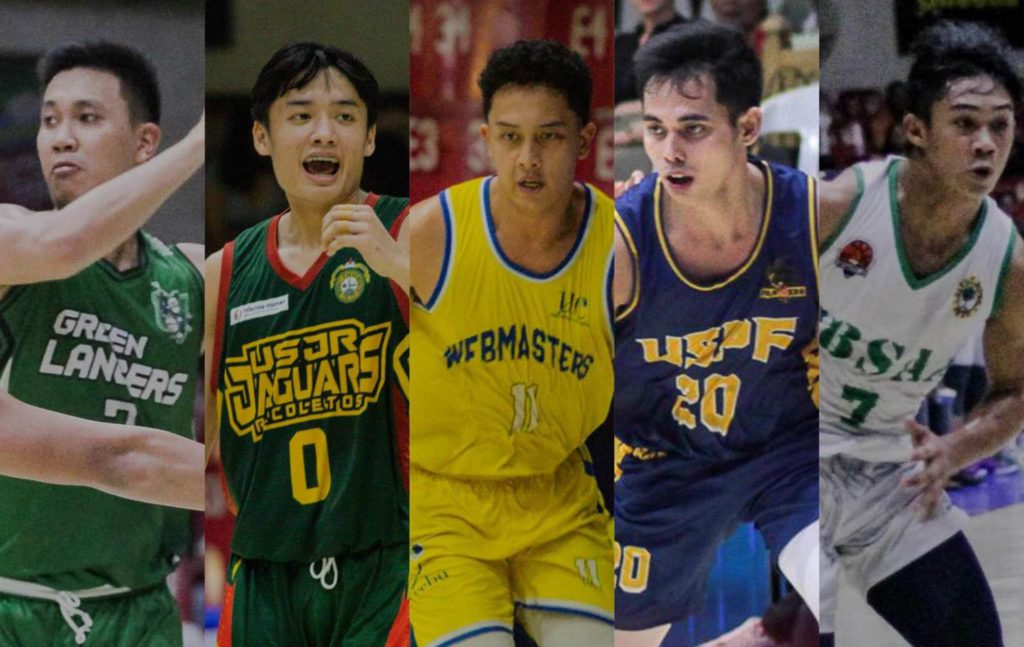 Photo caption: from left to right: Ted Saga of UV, JZ Dizon of USJR, Paul Galinato of UC, Neon Chavez of USPF, and Lance Sabroso of CBSAA. These players will be part of the Cesafi all-star games on Saturday at the Cebu Coliseum. | Photos from Cesafi

The Cesafi All Star Game is slated on December 3, 2022, at the Cebu Coliseum.

In the college division, Team A will be headed by University of the Visayas’ (UV) head coach Gary Cortes.

The Cesafi all-star game will start at 12 noon with the Don Bosco Technology Center’s (DBTC) 12-under team having an exhibition game against the Minglanilla G-Sports Basketball League (MGBL) selection followed by the main all-star games.