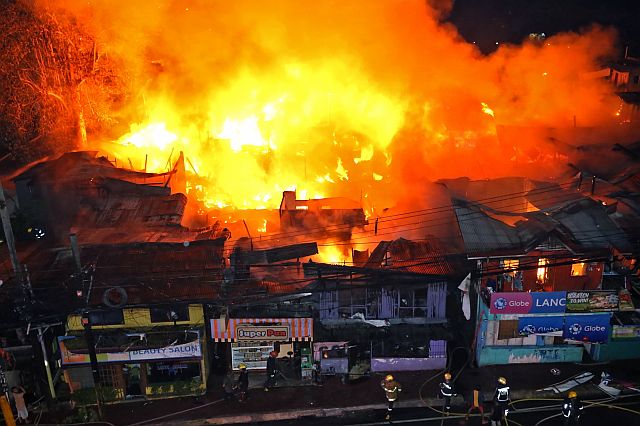 According to a report from the Cebu City Public Information Office (PIO), the CCDRRMO met with representatives from various government agencies last Monday, November 28, 2022, to discuss measures to avoid Christmas and New Year fires this year.

Last year, one man died while over 60 families were displaced after two separate fires broke out on Christmas day in Cebu City. The first incident was in Tisa, which displaced 240 individuals, and in Barangay Sambag 2, destroying at least 13 houses.

During the meeting, CCDRRMO assistant department head Dexter Tudtod said they will request the Bureau of Fire Protection (BFP) and the Department of Trade and Industry (DTI) to join them in their inspections.

They will also coordinate with the Barangay Affairs Office and the Business Permit and Licensing Office (BPLO) for the weekly inspection, he said.

“This is our initial plan, so far, para maglikay nalang ta sa sunog, kay we experienced a number of fires baya in the past weeks,” he said.

Tudtud added that they would be conducting the series of inspections before the holidays, as some firecracker vendors have already set up stalls.

He emphasized CCDRRMO will issue notice of violation and confiscate items of those selling firecrackers without the required business permit.

Tudtud also they have also scheduled a meeting with the BPLO, BFP, DTI, and the Division for the Welfare for the Urban Poor within the week to discuss further plans.

“We are doing this because we just want to have a safe celebration of the holidays,” he said.