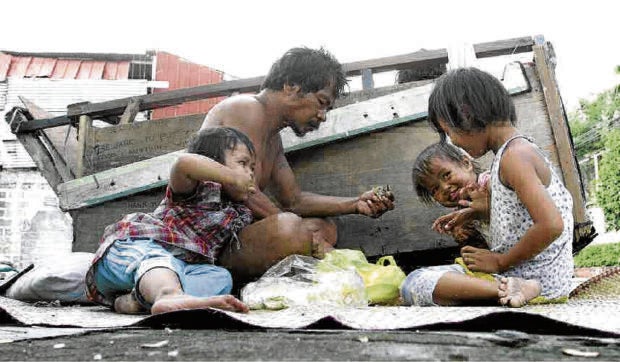 HUNGRY FOR CHANGE Like-minded corporations and institutions have united behind the mission to reduce the number of poor and hungry Filipino families from the current 4.2 million. —CONTRIBUTED PHOTO

MANILA, Philippines – Gabriela Rep. Arlene Brosas on Monday urged the government to respond to the desperate pleas of poverty-stricken Filipinos by providing them with direct and sufficient aid rather than creating the embattled Maharlika sovereign wealth fund.

Brosas staunchly opposed the government’s plan to create such a fund, which would force the usage of the pension funds from the Government Service Insurance System (GSIS) and the Social Security System (SSS) in high-risk investments with no say from pension contributors.

The lawmaker decried the proposed fund, pointing out that it would only worsen the plight of poverty-stricken Filipinos, who have no voice in the decisions made about their pension contributions.

(Only the rich people will gain from the Maharlika investment fund, while the others will suffer. The government shouldn’t do anything with the hard-earned money of workers.)

Brosas urged that workers must be empowered to have sole control over the handling of their SSS and GSIS funds.

Critics have since slammed this move as they called for the proposal to be thoroughly scrutinized and deliberated before considering its passage.

An online petition – “Hands off our SSS and GSIS contributions, NO TO House Bill 6398!” – was also launched by David Michael San Juan, a professor at the De La Salle University and the third nominee of ACT Teachers party list, to block the creation of the Maharlika fund.

“We urge the Filipino people to be vigilant, especially with the administration hell-bent on passing questionable legislation at the expense of the poor. We must reject these schemes to bring back another era of corruption and abuse,” Brosas said.

She compared the proposed Maharlika fund to the Coco Levy fund established under the rule of Ferdinand Marcos Sr., father of Bongbong.

(They weren’t content with the confidential and intelligence fund. Now, they want a Maharlika fund that may turn into a well of corruption like the Coco Levy Fund scam during Marcos Sr.)

To recall, a total of P9.6 billion was collected from coconut farmers from 1971 until 1983. After Marcos Sr. was ousted from power in 1986, all coco levy-acquired assets were sequestered by the Presidential Commission on Good Government.

Based on various lawsuits, it was later discovered that the collected levy fund was used to invest in and buy businesses for the benefit of Marcos and his cronies.