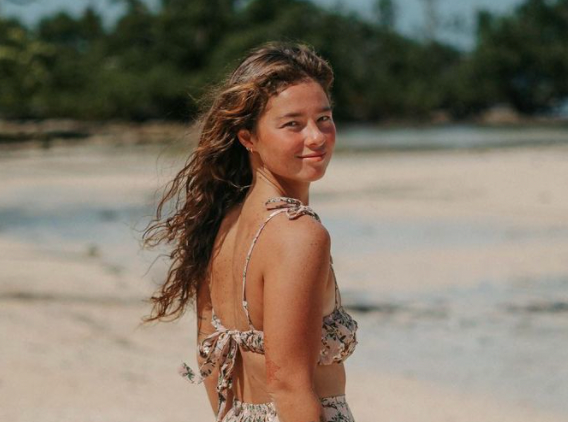 Andi Eigenmann poked fun at her younger self and revealed that she took it personally when she was not chosen to play the titular character in the Philippine adaptation of “Marimar,” a role she did not even audition for.

The actress recalled this after one @josie_berbosidad complimented Eigenmann and likened her to the fictional character, as seen on her Instagram Stories on Saturday, Jan. 21.

“Fun fact: I cried so hard when I didn’t get cast as Marimar. [For your information], I was so young and I didn’t even audition (same with ‘Dyesebel’), but you get it!” she said.

“And now, here I am living that ‘Marimar’ and ‘Dyesebel’ and ‘Marina’ life in real life!” she added, referring to the local mermaid characters. “Manifestation is real!” 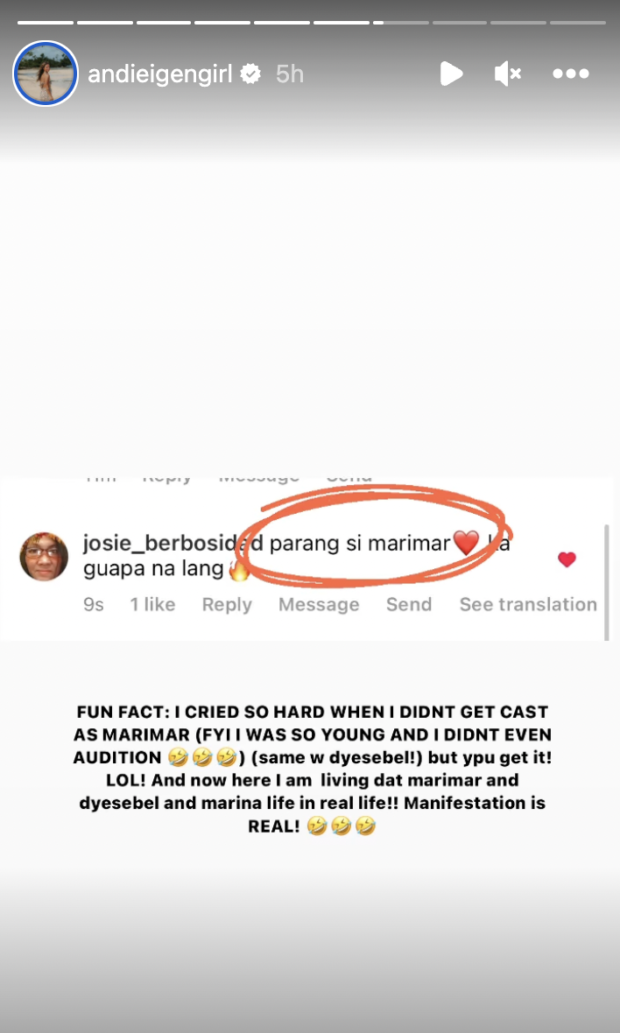 The netizen left the said comment on Eigenmann’s recent photo in which she posed at the beach, donning a floral top and skirt with her natural curls and sunburnt skin.

Marian Rivera portrayed Marimar in the 2007 local adaptation of the Mexican telenovela. Another adaptation was made in 2015 with Megan Young as the titular character.

Eigenmann moved to Siargao in 2018 and has since been living the island life with her fiancé, celebrity surfer Philmar Alipayo, their kids Lilo and Koa, as well as the actress’ eldest daughter Ellie. The couple owns a surf school and a snack bar on the island, which they opened to the public in April last year.

Andi Eigenmann’s son Koa learns to surf: ‘Of course, this guy had to have a go at it too!’