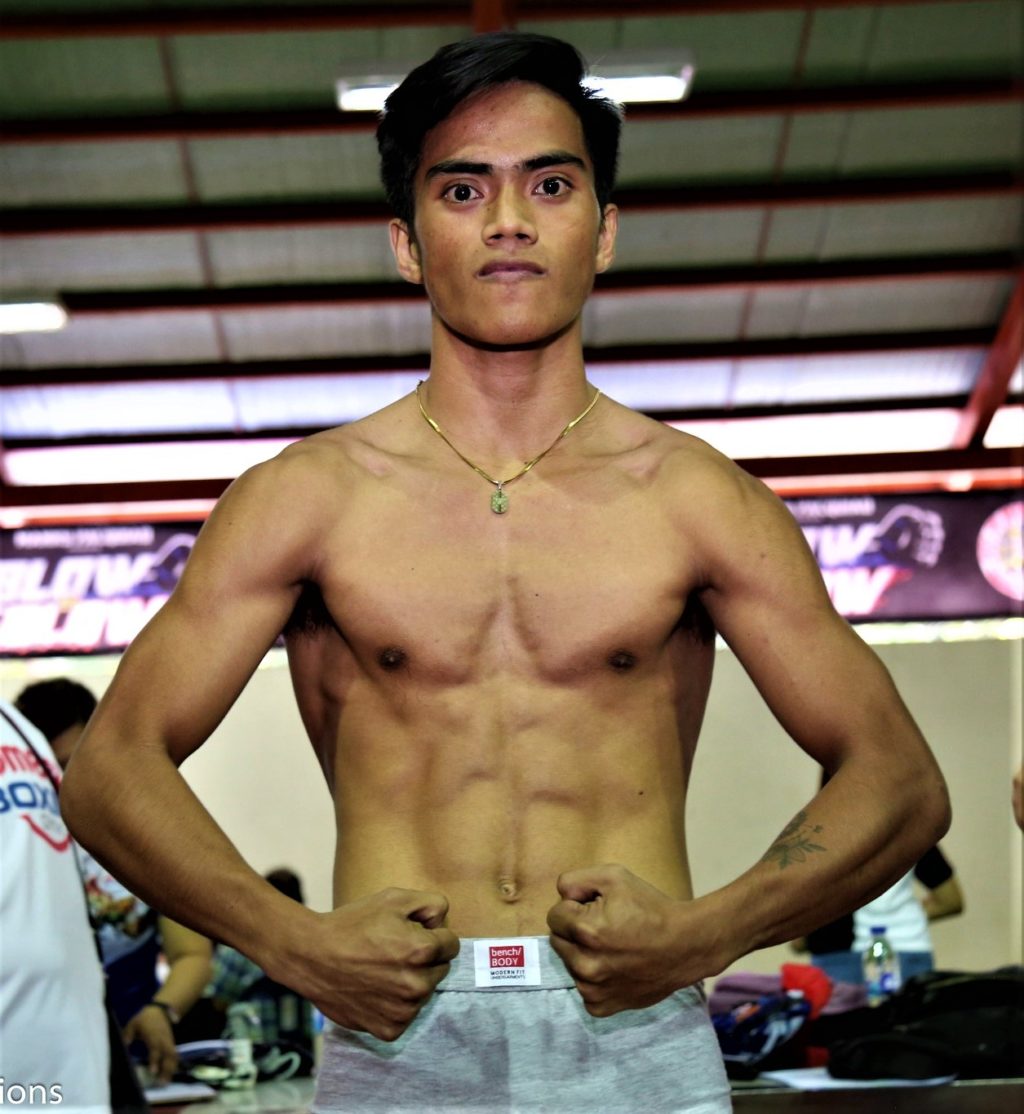 Kenneth Llover flexes his ripped physique during the weigh-in of his bout against Benny Cañete. | Photo from Manny Pacquiao’s Blow by Blow Facebook page

CEBU CITY, Philippines—- Omega Boxing Gym’s Benny “The Bull” Cañete absorbed his first defeat in pro boxing in the hands of Kenneth “Lover Boy” Llover in their 10-rounder showdown for the Philippines Boxing Federation (PBF) bantamweight title in the main event of Manny Pacquiao’s “Blow by Blow” on Saturday evening, Jan. 21, 2023, at the Mandaluyong City College.

With the victory, the 20-year-old Cavite native who is touted to be the next “Manny Pacquiao” of Philippine boxing improved his unbeaten record to eight wins with five knockouts.

Meanwhile, the 22-year-old Cebu-based Cañete of Siquijor Island dropped to a 7-1 (win-loss) record with six knockouts.

Cañete, known for being a brawler pressured Llover throughout the bout by pressing forward and throwing combinations.

He managed to pin Llover against the ropes numerous times throughout the bout, but he had difficulties landing clean shots.

Meanwhile, Llover, perfectly landed his sharp jabs that knocked Cañete’s head back several times. He also landed his straights perfectly to its targets to pile up points.

As Cañete presses forward, Llover sneaks his timely jabs and straights which became the huge difference in their gruelling 10-rounder showdown.

Both boxers had furious exchanges in several occasions with Llover landing the more telling blows, especially in the last seconds of the final round.