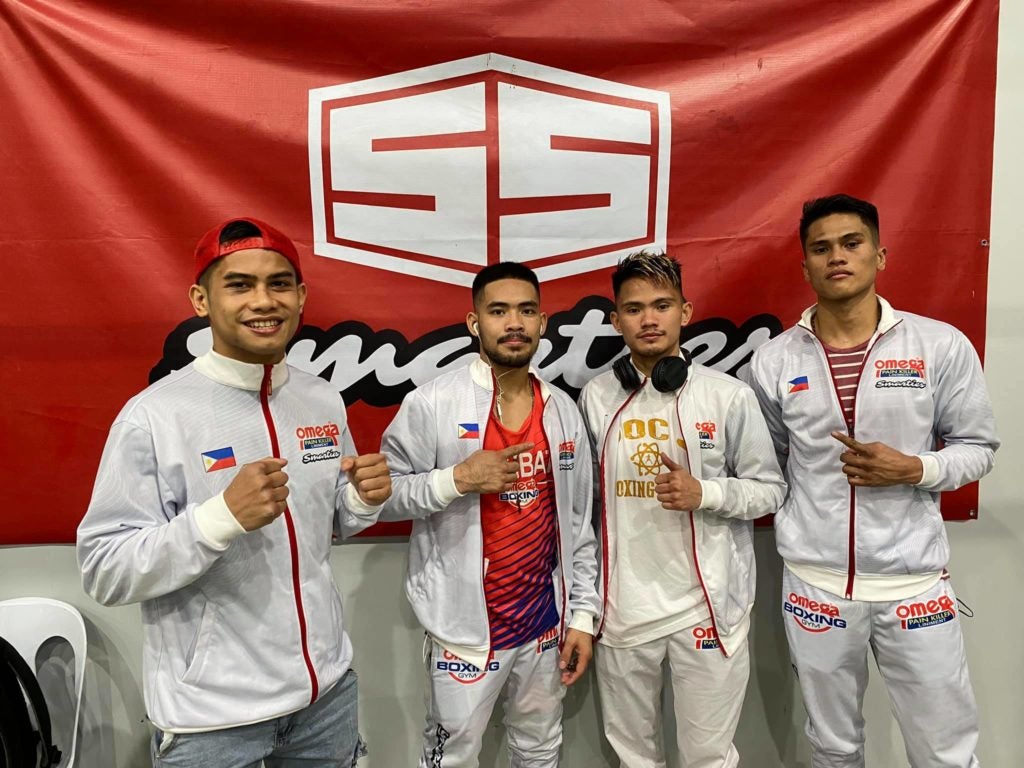 The 26-year old Araneta, the pride of Borbon town, northern Cebu only needed two minutes and 25 seconds to log his 21st victory and 17th knockout. He has two defeats.

Garde’s end came when Araneta connected a solid left straight to the head that sent Garde to the canvas groggy. Garde didn’t bother to stand back to beat the referee’s count.

The loss was Garde’s 11th. He also has 10 wins, three draws, and four knockouts.

It was Araneta’s second straight victory following his first-round knockout of Richard Claveras in July in Talisay City, Cebu.

Meanwhile, in the co-main event, Tomjune “War Dog” Mangubat’s relentless body shots proved too much for Allan Villanueva who was knocked out in the seventh round of their 10-rounder duel.

From the opening bell, Mangubat trained his attack on Villanueva’s abdomen which mostly found their mark.

Villanueva also had his moments when he unleashed impressive combinations.

Mangubat’s focus on his opponent’s body resulted in a shot that went too low hence he was deducted points in the fifth round.

However, in the seventh round, Mangubat baited Villanueva with a vicious uppercut that prompted the latter to raise his guard, leaving his body open to Mangubat’s attack.

Mangubat then unleashed jarring hooks to Villanueva’s body which knocked the latter out at the 2:49 mark of the seventh round.

The 24-year old Mangubat of Manolo Fortich, Bukidnon improved to 15 wins with 12 knockouts along with two defeats and a draw.

Villanueva of the Big Yellow Boxing Gym suffered just his second defeat. He has 11 wins and eight knockouts.

On the other hand, Franco Serafica and Benny Cañete completed the Omega Boxing Gym’s dominance of Kumbati 11 by winning their respective bouts.

Serafica earned his seventh victory with four knockouts and one defeat after his opponent, John Kenan Villaflor suffered a deep cut on his left eyebrow in the seventh round.

In the curtain-raiser, Benny Cañete scored a first-round knockout against Mark Jequinto. Cañete (4-0, 3KOs) hit Jequinto (4-8-1) with a left hook to the body that sent the latter down to the canvas grimacing in pain at the 2:54 mark of the first.     /rcg

Read Next
Support for Leni-Kiko in Cebu goes waterborne