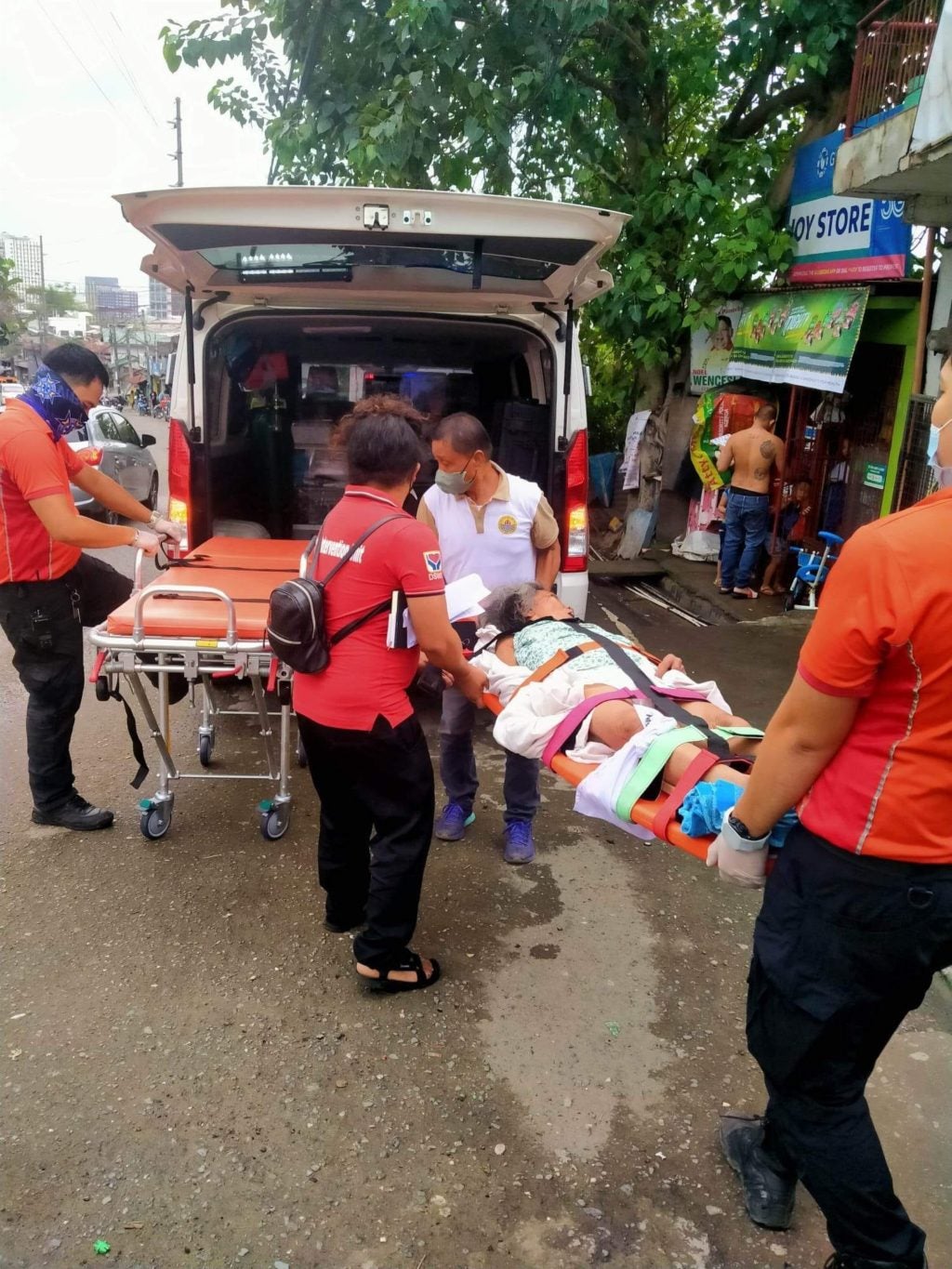 A scene during the rescue of Fedela Abellana, 87, in a house in Sitio Maracas in Barangay Lahug, on Tuesday, January 24, 2023.| Photo from DSWS via Ramil Ayuman

In a social media post, Ramil Ayuman, the mayor’s assistant on special projects, said Councilor Dondon Hontiveros asked for a referral from the DSWS and requested an ambulance so that Abellana could be brought to Cebu City Medical Center.

Basmayor said they provided Abellana with immediate medical treatment since the senior citizen had bruises and scratches on her body after an incident last week.

Basmayor said they are now coordinating with the DSWD as they plan to endorse Abellana to Gasa sa Gugma, a foster home for abandoned elderly in the city.

Basmayor said the rescue of Abellana is also in coordination with the barangay officials of Lahug.

Basmayor said that based on the initial information from the barangay, Abellana’s child and husband reportedly died in the 1990s.

Abellana previously worked as a ‘labandera’ in Lahug before she became bedridden.

Cebu City’s Center for Women and Children now in NOAH