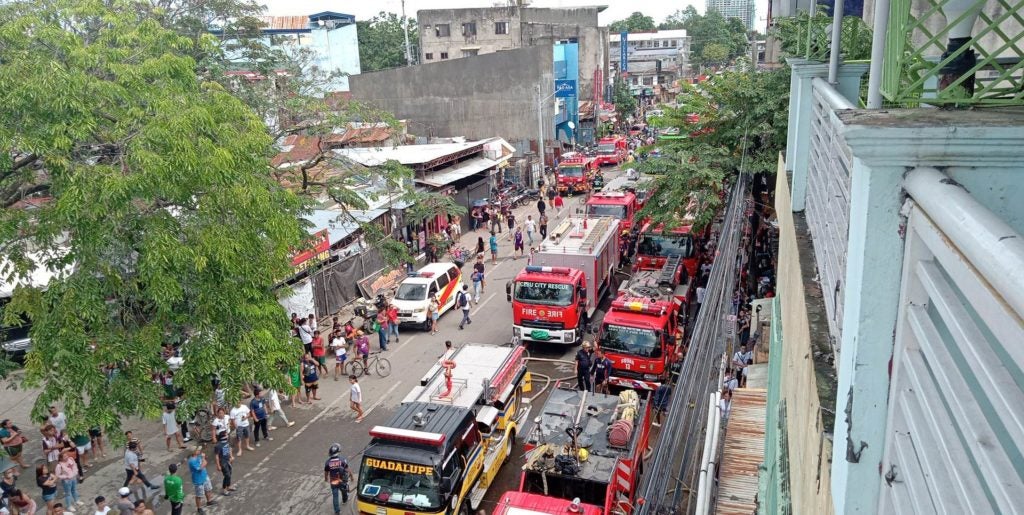 Firetrucks line up Katipunan Street after a fire broke out in Sitio Callejon in Barangay Labangon, Cebu City on Wednesday, January 25, 2023. | via Paul Lauro

CEBU CITY, Philippines– A total of 25 houses were affected in a fire hit a residential area along Katipunan Street in Sitio Callejon,  Barangay Labangon here on Wednesday, January 25, 2023.

FO1 Pedie Canillas of the Cebu City Fire Office, who is the investigator-on-case, said about 20 houses were totally burned and five were partially burned.

Canillas said they are still investigating the origin and the cause of the fire.