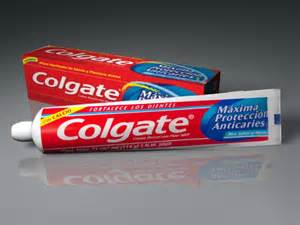 A Cebu judge convicted  Zhu Xue Hua Lim, also known as Sharon Go, for violation of Republic Act 8293 or the Intellectual Property Code of the Philippines which prohibits the manufacture and sale of counterfeit items.

Lim was sentenced to three to five years in prison and was ordered to pay a P200,000 fine.

Lim broke down in tears when the verdict was read in open court last Wednesday.

She was  immediately arrested by policemen and brought to the Cebu City Jail.

Her lawyer Juanita Montesclaros is asking the court to reconsider its decision.

He cited testimonies and other evidence to prove unfair competition.

The judge said a careful scrutiny of the “shape, lettering on the label and the logo of the toothpaste she sold “clearly established a confusing similarity” with the original product in order to deceive buyers.

Lim was arrested by agents of the National Bureau of Investigation in Central Visayas (NBI-7) in a buy-bust operation at Fashion Flavors General Merchandise at V. Gullas Street, Cebu City on April 1, 2003.

A total of 29 boxes of counterfeit  Colgate toothpaste worth P10,000 were seized.

A day after the raid, Lim, the proprietor of Fashion Flavors General Merchandise, posted bail and was released.

Lawyer Elmer Cadana of R.V. Domingo and Associates said Colgate-Palmolive Philippines sought the assistance of their law firm after receiving reports that  counterfeit Colgate toothpaste was circulating  in Cebu City.

Colgate-Palmolive Philippines is the sole and exclusive manufacturer of Colgate toothpaste in the Philippines.

Colgate is a registered trademark.

The company sought the NBI’s assistance in March 2003.

A series of surveillance operations followed, revealing that several traders and distributors in Cebu City were selling fake Colgate toothpaste at a lower price and carried  similar  features of the original product.

When she testified in court, Lim denied the accusations  and said she has no business in the Philippines. She said Fashion Flavors General Merchandise was owned by a  friend named Tiu Zi Ziang.

Lim has resided in Cebu City with her Chinese husband for almost two decades.

She  admitted having received P10,000 which turned out to be NBI marked money just before the raid was conducted.

However, she said she just accepted it from an employee whose language she could not understand.