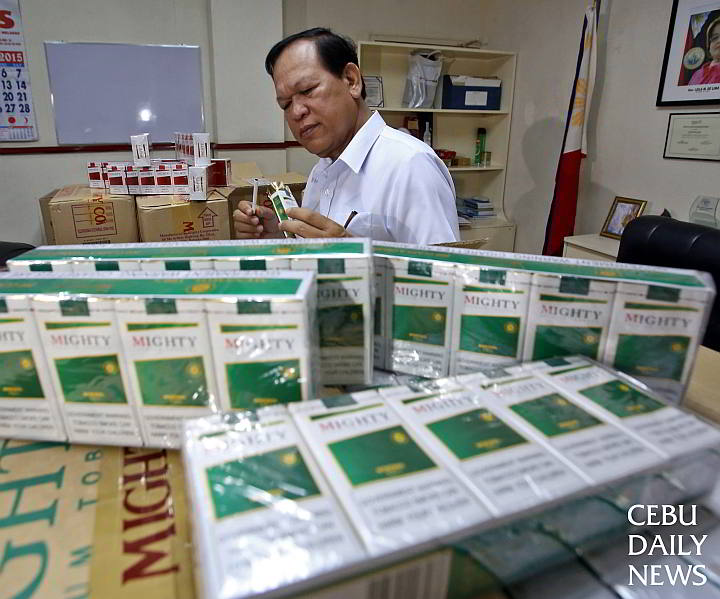 In a press conference yesterday, NBI 7 Director Ricardo Diaz said they arrested the suspects after receiving  the complaint of representatives from Mighty Cigarettes who said that fake products bearing their brand name were being sold in Cebu City.

“We did not reveal this illegal trade to the media right away because we conducted follow up operations to find out where these counterfeit cigarettes came from,” he said.

The three accused were arrested by agents of the National Bureau of Investigation (NBI) last Feb. 24 after delivering 11 huge cartons of counterfeit Mighty cigarettes in barangay San Nicolas in Cebu City.

Juanico allegedly received the marked money while the two other accused brought the counterfeit items on board a taxicab.

The case against the three accused is pending before Judge Ramon Daomilas of the Regional Trial Court of Branch 11.

Juanico, Suquib, and Takiao were released from detention after they posted bail of P40,000 each.

Diaz said they uncovered the illegal operations of the accused after they conducted test buys in different markets in Cebu City.

The NBI, however, has yet to determine the manufacturer of the fake products.

Read Next
About that P30 taxi flagdown