Mayor: Not developing Balili lots would be a wasted opportunity 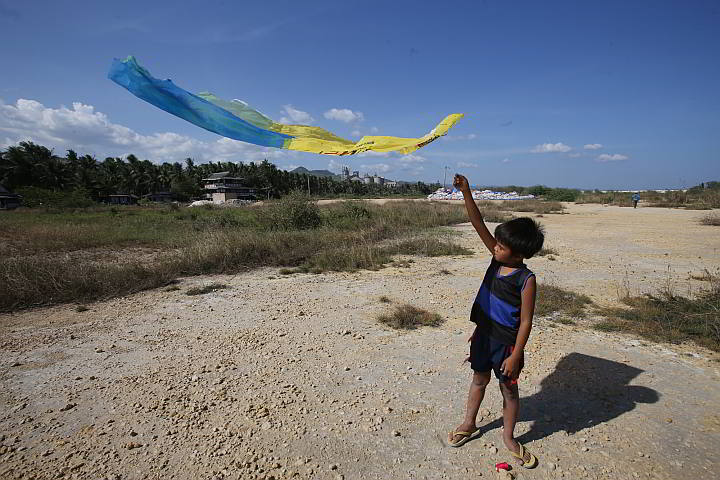 Nine-year-old Junel Margallo plays with his kite at one of the submerged portions of the Balili property in the City of Naga, south Cebu.
(CDN Photo/Junjie Mendoza)

It would be a wasted opportunity for the City of Naga not to develop the Balili estate in barangay Tina-an despite it being tagged in a criminal case involving former Cebu governor and now Rep. Gwendolyn Garcia of Cebu’s 3rd district.

“For now, it is idle. It will be such a waste if we don’t use it since we don’t have a huge piece of land here in the city to use yet. I just hope the case will be resolved because this will really help us,” City of Naga Mayor Valdemar Chiong said yesterday.

Garcia and five other former Capitol officials are now facing graft charges before the Sandiganbayan for the sale of the estate during her administration.

In 2009, Garcia filed a civil case to recover partial payment for the property.

The court recently ruled that P37.8 million be refunded to the provincial government because it was found that 9.4 hectares of the property was submerged and filled with mangroves.

Mayor Chiong said the total land area meets the minimum requirement for an economic zone, which is 24 hectares.

“This will boost the development here in Naga and would cause job generation in the south,” he said.

The facility, which the Primary Property Corp. (PPC) acquired from MRC Allied Industries a year and a half ago, is seen as an ideal location for industrial expansion outside of Mactan.

Nava was expected to generate 20,000 jobs and further development in the southern part of Cebu.

Prior to the onset of the controversy in 2008, Chiong said he was unable to foresee that the property would be that useful because at that time, Naga town had just earned its cityhood and “had no money yet.”

In 2009, Garcia announced plans to develop it into an international port because of its location and depth. She also cited the possibility of turning it into an industrial zone.

Cebu Gov. Hilario Davide III, however, has opted not to touch the property while it is still subject to litigation.

In the meantime, portions of the 25-hectare beachfront property were either backfilled with limestone or occupied by goats, bangus and worms used in farming.

During Garcia’s administration, a portion of the property was also used as ash ponds, a dumpsite for waste materials from a nearby industrial plant.

However, it was discontinued at the start of Governor Davide’s administration.

Provincial General Services Office (PGSO) Head Jone Siegfred Sepe, in an interview yesterday, said that one hectare is currently being used for bangus production while 1,000 sq. m. each are used as a stock farm for goats and vermicomposting.

At the moment, Sepe said that no plans for development will be made until the pending criminal case before the Sandiganbayan is resolved.

Meanwhile, Provincial Board (PB) member Grecilda “Gigi” Sanchez welcomed the court ruling on the refund, saying that the Capitol would be relieved.

“This is public funds that need to be returned. They (previous administration) actually purchased something that was not meant to be purchased,” said Sanchez, who chairs the PB committee on provincial properties.

In a separate interview yesterday, Sanchez revealed that the purchase of the Balili lots in 2008 was the reason behind the falling-out between former Gov. Garcia and the late former Vice Gov. Gregorio Sanchez.

Sanchez said the amount to be refunded could be used for many things.

However, lawyer Romeo Balili, executor of the Estate, said there was no more money to return since the sales proceeds were already distributed to the Balili heirs.

Read Next
Balili lot as replacement site for 79 trees ‘doubtful’