Balili estate lawyer: Keep me out, I didn’t receive a centavo 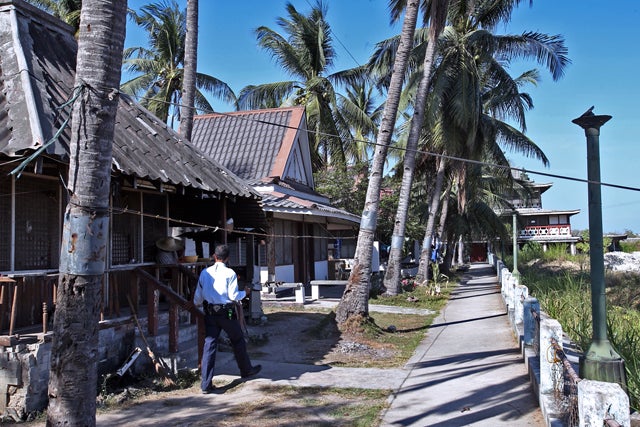 The executor of the Balili Estate asked the court to exclude him from a court’s order to refund  P37.8 million to the Cebu provincial government which was paid for land in Naga City that was under water.

Lawyer Romeo Balili said he didn’t get paid a single centavo of the land deal.

In his pleading filed yesterday, lawyer Romeo Balili said his role was only to assist  87-year-old widow Amparo Balili, widow of the land owner and their four children as a matter of duty.

He said he has “no personal liability to the Province of Cebu. All payment by the plantiff (province) went to the Estate of Luis Balili. Not a cent went to the pocket of the undersigned executor,” he said.

“So why am I held liable in solidum (as a whole) with the Estate of Luis Balili to return the P37.8 million?”

He asked for a hearing on his motion of reconsideration on March 20 but said ahead of ttime that he would be out of town that day for an appointment with his neurosurgeon in St. Luke’s Medical Center in Taguig City.

The motion can be handled without oral arguments that require his presence, he said.

Judge Rafael Yrastorza of the Regional Trial Court earlier ordered heirs of the late engineer Luis Balili and Romeo to return to the Cebu provincial government about P37.8 million that was paid for  9.4 hectares of the 24.9 hectares purchased in 2008.

The petition to recover partial cost of the land deal was filed by former Cebu Gov. Gwendolyn Garcia and the Province of Cebu after discovering after the purchase that 9.4 hectares was submerged land or mangrove areas.

The court said the 9.4 hectares of underwater land could not be sold or titled because it belonged to the State.

Romeo yesterday said there was no proof that 9.4 hectares was underwater because a “basic error” was made  in the relocation survey by geodetic engineer Roy Cabunilas of the Cebu Provincial Environment and Natural Resources Office which made it unreliable.

He said Cabunilas did not bother to get a copy of the original survey conducted by geodetic engineer Emilio Geonzon Jr. on the Balili property.

“Therefore, there is no cause of action for refund in the amount of P37.8 million,” Romeo said.

The judge earlier said the Balilis have no legal right to receive payment since the areas they sold are “inalienable and indisposable part of public domain, hence, not subject to the commerce of man.”

Romeo had earlier declared he was quitting as executor after feeling “betrayed” by his relatives, who had withdrawn all the proceeds of the sale from the bank.

Read Next
Palma tells bishops: No to P-Noy resign calls