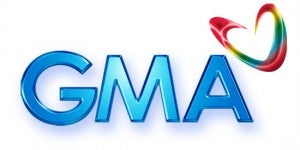 The streamlining undertaken by GMA-7 TV network that laid off 200 media workers is “geared towards increasing ratings and revenues.”

“The strategic streamlining being undertaken by the Network is geared towards increasing ratings and revenues of all of its regional stations from more efficient operations,” GMA 7 chairman and CEO Felipe Gozon said in an email.

Gozon said the regional stations will not be closed despite the retrenchment of some of their employees in Cebu, Bacolod, Davao, Cagayan de Oro, Naga and Ilocos.

“Pending completion of the study and recommendation of the Regional TV Review Committee, all the existing regional stations other than Cebu, Iloilo, Davao and Dagupan will be continued as satellite selling stations,” he said.

“Though some regional programs in the morning and afternoon were cancelled, the afternoon news programs of Cebu, Iloilo, Davao and Dagupan remain and will be further strengthened,” he added.

Gozon also clarified that the current management decision is not connected to the impending talks with Ramon Ang, president of San Miguel Corp. who had gained a foothold of an initial 30 percent stake on the network./ with Bayani San Diego Jr.

Read Next
Bea Santiago: Adventures of a beauty queen