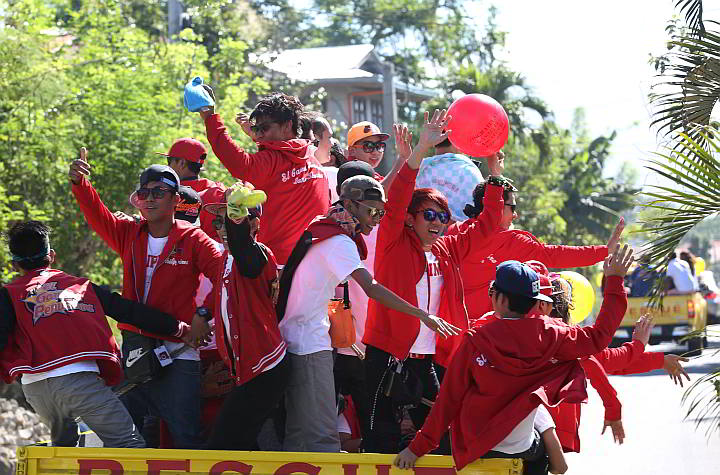 Members of El Gamma Penumbra arrive in Tanauan for a motorcade.
(INQUIRER)

Two days after their big win in the first Asia’s Got Talent, members of the 13-strong Filipino shadow play group El Gamma Penumbra arrived in their hometown of Tanauan, Batangas for a hero’s welcome yesterday morning.

As grand winner, El Gamma brought home a cash prize of $100,000 (P4.4 million), which the group said they will share with their families and chosen charities. The champions toured around the city in a motorcade, followed by a press conference at the city’s gymnasium.

Batangas Gov. Vilma Santos also extended her congratulations to the group in a previous text message to the Inquirer: “They are the pride of Batangas … (they’re from) Tanauan … They always perform at the capitol at our VSR (Voices,  Songs and Rhythms) event … we are proud of them!”