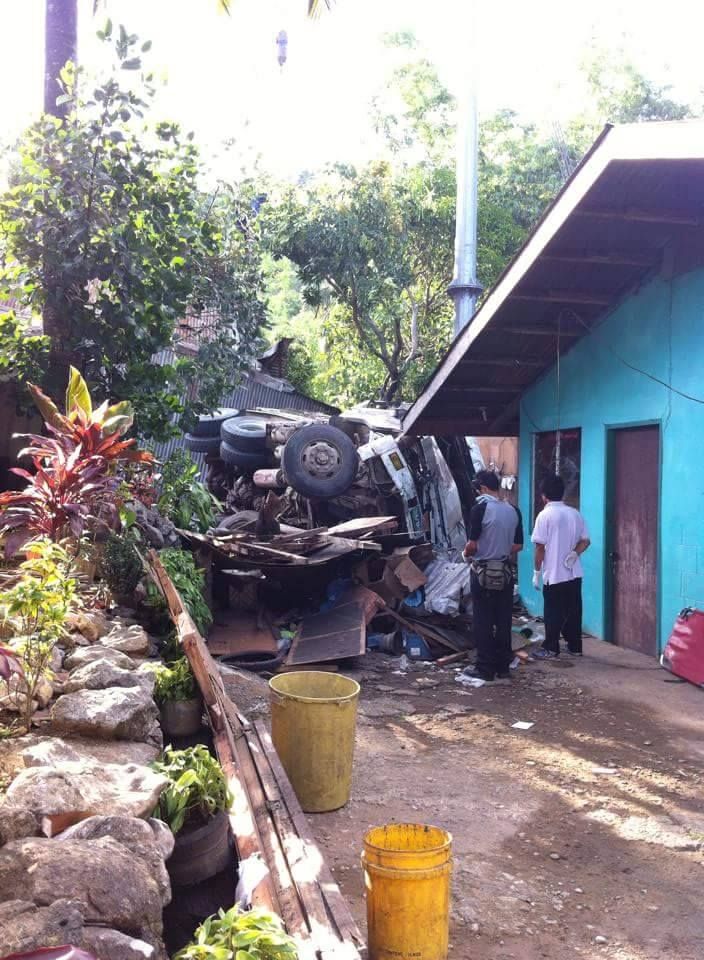 Two persons died while five were injured after a truck carrying sand and gravel ran over a house and store in sitio Apid Acro, barangay Cantabaco, Toledo City Tuesday afternoon. CHEATING DEATH. Despite being thrown from his hammock by a truck that rammed a house and store, a two-year-old girl survives and lives to tell her tale. (CDN PHOTO/Marc Eric Cosep)

The truck bearing plate number JEW 108 was headed to Talisay City from Balamban town when it rammed into a house and sari-sari store.

Truck driver Johnrey Sareta drove into a downhill road when he lost his brakes.

The 29-year-old Sareta said he jumped out of the truck but his right leg got wounded after it nearly got crushed by the vehicle’s rear tire.