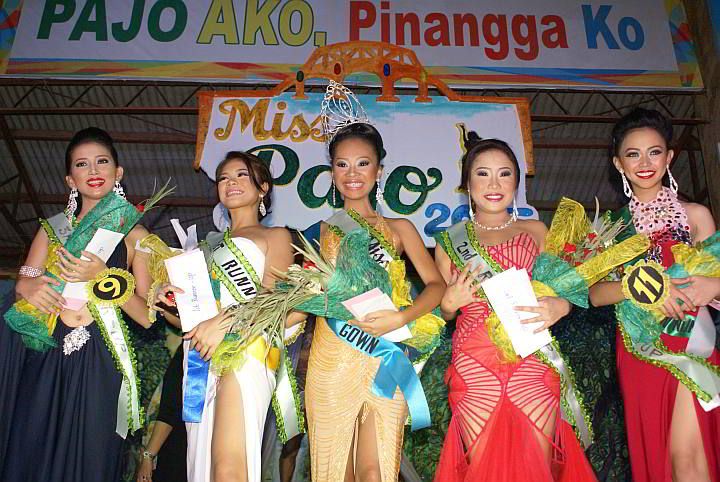 Candidate no. 1 Mary Ann Sotillo was crowned Miss Pajo 2015 after the judges voted unanimously for her. She also won  Best in Evening Gown among the 12 candidates.

During the question-and-answer segment of the contest, she said she  wanted to be a fashion model.

The candidates all come from barangay Pajo.

Free ice cream was distributed for the children.   A  disco dance was also held for entertainment.

Earlier in the day, parlor games and native games  like “tubig-tubig” and “palusibo”  were  held for the children and youth.

On the eve of the contest, there  was a  get-together dinner, a contest of andas  and a variety show.