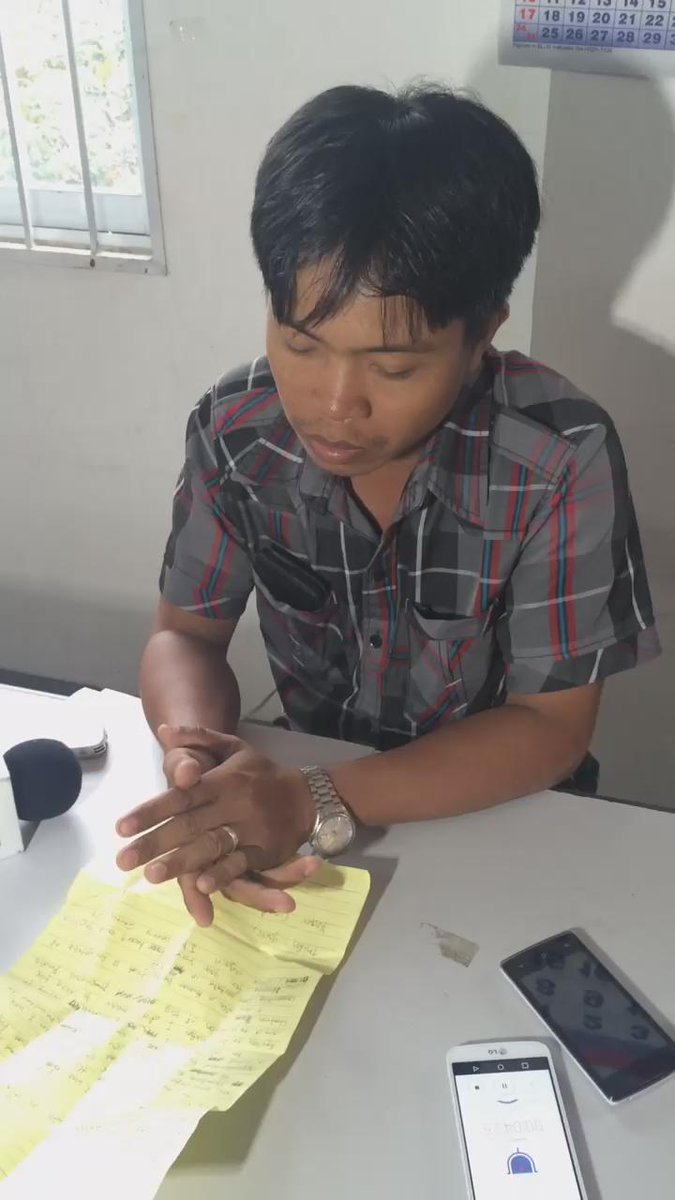 Roger Cimafranca: I am not a bad person

Cimafranca said he failed to check his temper when he was flagged by Ocampo at the South Road Properties (SRP) for violating traffic rules against overloading and not requiring his passengers to wear crash helmets.

“Ako lang ipahibaw sa tanan na dili ko arogante og dili sab ko salbahis pagkataw. Niadtong tungora na emotional ko og wala ko masayod sa akong gipanulti (I would like everyone to know that I am not arrogant, I am not a bad person. I was just emotional at that time and didn’t know what I was saying),” Cimafranca said.

Cimafranca faced the media at the ABC Office at the South Road Properties. In his letter to dyLA station manager Jun Tagalog, he apologized for dropping the name of the station.

“For the past few days, I was badly bothered about the news report regarding the incident that happened sometime May 20, 2015 at 5 p.m.,” Cimafranca said.

He said his encounter with  Ocampo led to a heated argument. Ocampo said he has forgiven Cimafranca and accepted his apology.

The Land Transportation Office (LTO-7) summoned Cimafranca to attend their investigation on Monday and explain why he used a non-existent plate number in his motorcycle.

The letter was sent to the dyLA office at the pier area and was received by the station’s finance officer Lina Lauron.